Your Vinyl Store (April 29-May 5 and Beyond)

ROXY MUSIC
“Stranded” (1973 album, featuring “Street Life”) » BUY NOW
“Country Life” (1974 album, featuring “All I Want Is You” and “The Thrill of It All”; both mastered at half-speed and cut by Miles Showell at Abbey Road Studios, with revised artwork with a gloss laminated finish; Read here; Merch; Island / UMe) » BUY NOW

THE FIXX
“Reach the Beach” (Translucent Gold Vinyl; 1983 album, featuring “One Thing Leads to Another,” “Saved by Zero” and “The Sign of Fire”; See here; Friday Music) » BUY NOW 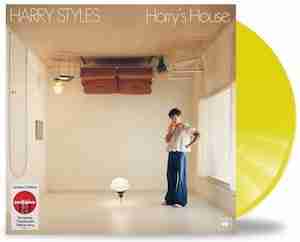 NIRVANA
“Nevermind (Super Deluxe Edition)” (1991 album, featuring “Smells Like Teen Spirit,” “Come As You Are,” “Lithium” and “In Bloom”; eight-LP box set features the newly remastered album from the original analog tapes, with four complete concerts from the Nevermind Tour, plus the 7-inch for “Endless, Nameless,” with B-sides “Even In His Youth” and “Aneurysm,” and a 40-page hardcover book; See here; Merch; Geffen / UMe) » BUY NOW

Join the Vinyl of the Month: The Golden Era Club. »

DAVID BOWIE
“The Rise and Fall of Ziggy Stardust and the Spiders from Mars” (1972 album; 50th anniversary half-speed mastered LP and a picture disc, featuring the same master and a replica promotional poster for the album; Merch; Rhino / Parlophone) » BUY NOW

RAY CHARLES
“A Message From the People” (1972 album, featuring “They’ll Be No Peace on Earth Without All Men As One,” “Abraham, Martin and John,” “Lift Every Voice and Sing,” “Heaven Help Us All” and “Hey Mister”; remastered 50th anniversary edition; See here; Tangerine) » BUY NOW

THE STAPLE SINGERS
“Be Altitude: Respect Yourself (50th Anniversary Edition)” (1972 album, featuring “Respect Yourself” and “I’ll Take You There”; all-analog remastering from the original stereo tapes by Jeff Powell at Take Out Vinyl; Craft Recordings / Concord) » BUY NOW

TYLER, THE CREATOR
“CALL ME IF YOU GET LOST” (2021 album, Grammy winner for Best Rap Album; On Tour; Merch; Columbia) » BUY NOW