Your Music Book Store (Oct. 15 and Beyond)

Oct. 1 marked the 50th anniversary for the U.S. release of The Beatles’ “Abbey Road.” Much has been written and said about the Fab Four’s 11th studio album. There was tension in the air; they wanted to go back to their old recording styles in order to get the job done without any flare-ups, and in the end (no pun intended), to quote George Harrison, “it felt as if we were reaching the end of the line.”

“Let It Be” (1970) was their final album, but most of it was recorded before the “Abbey Road” sessions began, so in essence, “Abbey Road” was truly their swan song. They would disband in April 1970.

Author Kenneth Womack has written a formidable account of that period, titled “Solid State: The Story of Abbey Road and the End of the Beatles” (released today via Cornell University Press). His book includes a foreword by Alan Parsons, who engineered the classic album.

Womack sat down for a brief Q&A with Pauseandplay.com.

P&P: What do you make of The Guardian’s recent story on tapes showing that “Abbey Road” wasn’t going to be their last album?

Womack: “The recording of the John, Paul, and George’s meeting on the Beatles’ potential LP followup to ‘Abbey Road’ has been well-known since the mid-1970s, and I am happy to note that I document its contents in ‘Solid State.’ And it is indeed a revelation in that the tape, which was recorded by John’s assistant Anthony Fawcett for an absent Ringo (Starr), finds the Beatles trying to make things work in spite of everything. The most poignant and despairing moments occur at the end of the recording, when Paul laments that ‘When we get in a studio, even on the worst day, I’m still playing bass, Ringo’s still drumming, and we’re still there, you know.’ At the end, when they haven’t been able to bridge their impasse, John soberly concludes that ‘I guess that’s the end of the Beatles.’ ”

P&P: The conventional wisdom is that Paul and John were at each other’s throats, but these tapes say otherwise. What does your research tell you?

Womack: “For the most part, the Beatles’ internal squabbling occurred outside the studio, where they were less comfortable with themselves outside of their work as musicians. My research demonstrates this, time and time again. As long as they could gear up for another track, they were able to see their way through to making top-drawer recordings together. But it is telling that their most difficult instances occur when they’re in business meetings.”

P&P: Fifty years later, how does the album hold up, in your humble opinion?

Womack: “Given the key role of the solid state mixing desk, ‘Abbey Road’ has more than stood the test of time. The band’s musicianship and songwriting are as powerful and affecting as ever, and the wealth of material, especially the symphonic suite that brings the album and their career to a close, is transcendent.”

P&P: Your foreword is by Alan Parsons. How big of a role did he play in the album’s sound?

Womack: “Alan was central to the record’s production, especially given the technical challenges of the new mixing desk, as well as working with the Moog synthesizer and bringing the record to fruition.”

P&P: Personally, “Abbey Road” is my favorite Beatles album. Is it yours?

Womack: “For the most part, I defer to ‘The White Album,’ but at the moment, as we mark the 50th anniversary, it’s ‘Abbey Road.’ It is such a perfect and indelible culmination of their unparalleled musical career.”

THE BEATLES
“Solid State: The Story of Abbey Road and the End of the Beatles” (Hardcover; author: Kenneth Womack; foreword by Alan Parsons, the engineer on that classic album; Womack will join the Magical Mystery Girls, an all-female Beatles tribute band, at “One Sweet Dream: An Evening of Abbey Road,” a boutique event scheduled for Oct. 27 at Outta The Rabbit Hole in Rockville, MD. [Tickets available here]; Digital Book; Merch; Cornell University Press)

RINGO STARR
“Another Day in the Life: My Life in Photos & Music” (Hardcover; On Tour; Merch; Genesis Publications)

LAMONT DOZIER
“How Sweet It Is: A Songwriter’s Reflections on Music, Motown and the Mystery of the Muse” (Hardcover; co-author: Scott B. Bomar; BMG Books)

JONI MITCHELL
“Morning Glory on the Vine: Early Songs & Drawings” (Hardcover; handwritten lyrics and watercolor paintings, originally handcrafted as a holiday gift to her friends in 1971, now released to the public for the first time; Merch; Houghton Mifflin Harcourt)

CARLY SIMON
“Touched by the Sun: My Friendship with Jackie” (Hardcover; “Jackie” is Jacqueline Kennedy Onassis; Farrar, Straus and Giroux)

BEBE WINANS
“Born for This: My Story in Music” (Hardcover; Digital Book; FaithWords)

THE BEATLES
“The Beatles from A to Zed: An Alphabetical Mystery Tour” (Hardcover; author: Peter Asher; Digital Book; Merch; Henry Holt and Co.)

PRINCE
“I Wonder U: How Prince Went Beyond Race and Back” (Paperback; author: Adilifu Nama; Merch; Rutgers University Press)

THE MISFITS
“Scream With Me: The Enduring Legacy of the Misfits” (Hardcover; authors: Tom Bejgrowicz, Jeremy Dean; Digital Book; Abrams) 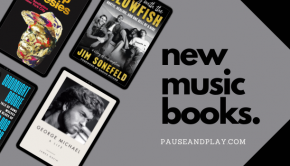 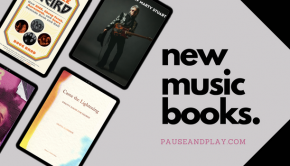 Your Music Book Store (June 21 and Beyond) → 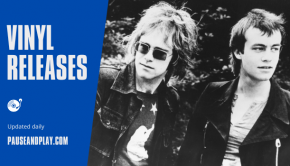 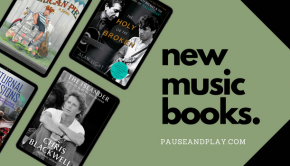 Your Music Book Store (June 7 and Beyond) →