Yello is in ‘Tremendous Pain’

Like the title of its new album, “Zebra,” the techno-pioneering duo Yello is greatly misunderstood and unappreciated.

It’s lost in the pop wilderness.

“The zebra was always my favorite animal,” frontman Dieter Meier said recently from his Los Angeles-based studio. “It’s a wild, unridable horse. It has a strong, graphic image, which is a lot like Yello. We have a very clear signature.”

Meier and partner Boris Blank may have a fervent underground club following – due largely to the 1987 worldwide hit “Oh Yeah” (featured in several commercials and films, including “Ferris Bueller’s Day Off”) – but they lack respect within the U.S. music industry.

“Zebra,” Yello’s first studio album in four years, was released earlier this year on 4th & Broadway/Island almost as an afterthought. Many fans aren’t even aware the album exists, but thanks to the group’s current Top-10 dance hit – “Tremendous Pain” – the buzz is building.

“The problem is, we’re PolyGram’s only German PolyGram signing for the whole world,” Meier said, “but they somehow seem not to be interested in promoting European artists. … They just want to promote their own acts in America.

“It’s a structural problem, and we hope to change it. We have one more album to do for PolyGram, and from there we’ll see how things turn out.”

“Tremendous Pain,” with its slow churning psychedelic rhythm, is up against the same obstacles that “Oh Yeah” faced, Meier said. Even though it popped up in more than five movie soundtrack albums over the years, “Oh Yeah” peaked at only No. 51 on Billboard’s pop chart in the fall of 1987. Meier blames it on the lack of support from the label.

” ‘Oh Yeah’ was a worldwide hit, I mean, literally worldwide,” he said, “but no one cared about it here. But there’s nothing you can do about it. I’m not angry or anything; I’ve just learned to accept it.”

“The main reason was, I was busy with my new movie (‘Once Upon a Dream’),” he said, “and Boris likes to work alone. It takes two of us to put the album together, and Boris tried to do it alone, but we weren’t so focused on the album until later on. It was a big mistake in retrospect.

“But we’re real happy with the album. It’s one of our strongest ever, and no matter what, we’ll always be making music.” 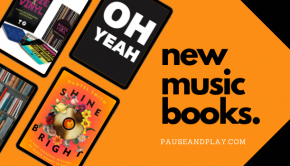 Your Music Book Store (April 19 and Beyond) →