Karl Wallinger can’t help himself. He’s supposed to be plugging “Egyptology,” World Party‘s first album in four years and the first on The Enclave label, and instead he’s off on a Beach Boys tangent.

The British one-man musical show waxes nostalgically about a strange period in rock ‘n’ roll, 1965 to 1968. In the Beach Boys’ heyday, leader Brian Wilson was experimenting in the studio (and pharmaceutically), dreaming up pop symphonies such as “Good Vibrations” and a masterpiece album (“Pet Sounds”).

Wallinger would fit right at home in Wilson’s elaborate setting.

“People were crazy then, and I don’t think anyone has really captured that eccentricity and looniness in music since,” Wallinger said recently from his home in England. “Everyone’s so blase about the Beach Boys, that they don’t have any depth, but they were so far out you couldn’t even see them.

“That’s the problem. ‘Look, over there, it’s the Beach Boys doing ‘Pet Sounds.’ ‘Where?!’ They were so far away. People would say, ‘Oh, that’s just the Beach Boys. They wear striped suits and sing surf songs.’ But they were so much more than that; they did an awful lot to change things, the way albums are recorded.”

In a split second, Wallinger realizes he’s preaching to the choir.

“Oh, I’m sorry,” he said. “The amazing thing about interviews is that I catch myself talking about the Beach Boys or the Mamas & Papas, when I probably should be talking about Reef. I’m a sick puppy, I tell ya.”

Perfectly understandable. Wallinger has every reason to look back fondly on a time gone by: “Egyptology,” with all its own idiosyncrasies, harkens to those carefree days of empirical, multitextured recordings, when “real” sounds meant something.

If “Goodbye Jumbo,” World Party’s 1990 gem, is Wallinger’s “Pet Sounds,” then “Egyptology” is the next best thing.

“I suppose it’s strange to make music on your own … what a mad idea,” he said, laughing. “But it’s all in my head. It’s a strange sort of meditation. I’m in a different place, a musical fantasy which I thrive on.”

The wonderfully vibrant “Vanity Fair,” easily the album’s best track, is Wallinger at his most whimsical.

“To me, ‘Vanity Fair’ is like those black and white TV shows, with an overenthusiastic, square conductor really digging playing with a band for one night, with girls in go-go boots in the background going ‘ooo-ooo,’ ” he said. “That’s where that track comes from, it’s like a musical fantasy. That’s why it’s modern, and that’s why I’m modern, in the sense that I can express this on my own. I’m living my rock dreams.”

Too bad those dreams only come true every three or four years. Since World Party’s last album, “Bang!” in 1993, Wallinger has immersed himself in new technology, but he often got sidetracked by outside forces.

“With this record, I just went with my intuition and enjoyed myself,” he said, “but I got distracted a lot of the time by excuses and computers. I updated my studio gear and just started to join the 21st century. Who knows where all that stuff will go, but it’s an enjoyable ride while it lasts.

“I was also pretty unhappy about the way things went with the last record (on EMI’s Ensign). I sort of bumped into Tom (Zutaut, president of The Enclave), and we got together and got some advice from other people, and it has worked out. It was good to get off a big label and get on with people who were more respective of World Party.”

Wallinger is in the ideal situation. His albums sell well throughout the world; he’s hugely popular with critics – “Goodbye Jumbo” is often cited as one of the best LPs of the decade – he’s obscure enough to remain anonymous on the streets of London, and record company executives let him do his thing.

“I think it’s because I have all the recording equipment here,” he said. “I don’t have to go and ask anyone if I can do something. They know I’m serious because I’ve invested a lot of money in this. They know this guy is going to keep going; he’s not someone who’s going to be here today and gone the next. They know I’m going to be around for a while.”

And what has happened to the former World Party-goers? In “Goodbye Jumbo” publicity pictures, there are five group members. Wallinger starts laughing.

“I murdered them all and put them under my patio, hoping no one would ever find out,” he said. “Actually, Chris (Sharrock) played on this record, he’s the drummer, and Dave (Catlin-Birch, on bass) has sort of come back to the band and played.”

Wallinger realizes “Goodbye Jumbo” is a tough act to top, but he said he’s always trying.

“I wonder what people would say about this new record if they hadn’t heard ‘Goodbye Jumbo,’ ” he said, “because I think it’s pretty good. ‘Jumbo’ is my benchmark, something you want to aim higher for.

“I’m very happy with this new album. If it were a child, I would think of it as well-adjusted and, if it were climbing a tree, I wouldn’t have to stand under it wondering if it would fall out. I don’t think it’s going to necessarily zap you between the eyes, but it’s going to dawn on you that it’s something you can always rely on.” 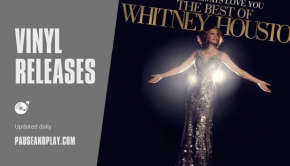 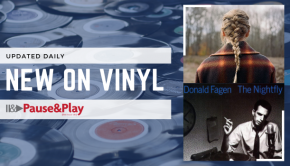 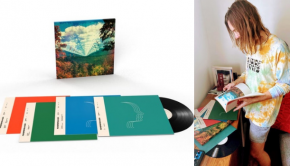