Lonnie Jordan had a strange feeling in the pit of his stomach when he walked into Ronnie Scott’s London jazz club a few weeks ago.

The original keyboardist for War, now celebrating its 25th year, stepped into a time warp of sorts at Scott’s club. The last time War played there, it was 1970, and Eric Burdon was still part of the band.

Jimi Hendrix joined them on stage for an impromptu jam session. It would turn out to be his last: Hendrix died the next day of a drug overdose.

“I sat in with this jazz group that was playing,” Jordan said of his recent visit. “I was sitting in the same corner where I was playing organ when Hendrix jammed with us.

“It was too much. I had this big flashback.”

Jordan said he first met Hendrix when he was in The Night Shift, an acid-rock precursor to War. Jordan’s manager (and later War’s producer), Jerry Goldsmith, introduced the pair at a Hollywood party.

“I was amazed at all the girls around him,” Jordan said of Hendrix. “I came from nightclubs back then; I wasn’t really up on what was going on in the rock scene, but when I saw all these girls, I thought he was a king or something.

“The next day, he was on the same concert bill as us. It was like a three-day festival with him and Marvin Gaye and some other people. Then I met him again at Ronnie Scott’s. At the time, I didn’t know he was a good friend of Eric’s, and I didn’t know that Chas Chandler from The Animals, Eric’s old band, was his producer.

“When Hendrix and Howard (Scott) played guitar together (in London), it reminded me so much of the past when me, Howard and Harold (Brown) played the clubs, going back to 1962.”

Eric Burdon and War, as they were known in ’70, had just come off a No. 3 hit with their first single, “Spill the Wine.” They were touring England, “far, far away from home,” Jordan said. “It was scary for me.”

“We had played with Hendrix on a Wednesday, and the next day, I remember Eric Burdon came back to the hotel and he was crying,” Jordan said. “I said, ‘What’s the problem? Did someone die?’ And he said, ‘Yeah, it was Hendrix.’

Jordan and the rest of War, of course, survived the plane ride home to Southern California. Burdon quit a year later, and War battled on – and did quite well for themselves, as evidenced in their just-released, 32-track double CD “War Anthology 1970-1994” (Avenue/Rhino).

“Anthology” draws from a slew of War hits, including the gold-selling “Spill the Wine,” “The World Is a Ghetto,” “The Cisco Kid,” “Why Can’t We Be Friends?” and “Summer.”

War’s fusion of rock, jazz and R&B has been influential to a new generation of rap and hip-hop artists, who have sampled many a War song. When it’s all said and done, how would Jordan like the group to be remembered?

“I would say, as down-home artists, a street band, fathers of street music,” he said. “This is a universal band with a universal message and a universal name. You can’t get any more street than us, because that’s what put us here.” 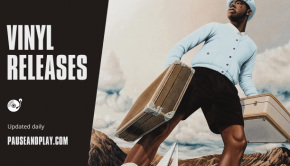 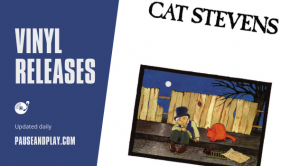