New vinyl releases and reissues for this week and months ahead. (Check out Past Vinyl Releases.)

Save over 25% on Samsung Premium UHD TVs »

MATCHBOX 20
“Yourself or Someone Like You” (1996 album; Transparent Red Vinyl; Atlantic)

NEIL YOUNG
“Hitchhiker” (previously unreleased album from 1976; some of the songs appeared on other Young albums, with two tracks – “Hawaii” and “Give Me Strength” – being released for the first time; Hear here; On Tour; Reprise)

CHRIS BELL
“I Am the Cosmos” (1974-1975 recordings, released by Rykodisc in 1992; clear vinyl, with download; Omnivore Recordings)

THE HEAD AND THE HEART
“Signs of Light” (2016 album; Picture Disc; On Tour; Merch; Warner)

SOMETHING CORPORATE
“Played in Space: The Best of Something Corporate” (2010 compilation; srcvinyl)

THE WHO
“Tommy Live At The Royal Albert Hall” (three LPs; performed in its entirety in April 2017 in support of the Teenage Cancer Trust; See here; Eagle Rock)

JOHN CARPENTER
“Anthology: Movie Themes 1974-1998” (new recordings of some of the most iconic themes he has composed for his films; Hear here; Filmography; Sacred Bones)

THE CRANBERRIES
“No Need to Argue” (1994 album; Turquoise Vinyl; On Tour; Plain)

DAVE MASON
“Alone Together” (1970 album; includes “Only You Know and I Know”; Friday Music)

GENE PITNEY
“Only Love Can Break a Heart / The Many Sides of Gene Pitney” (1962 albums; Vinyl Passion)

DESMOND DEKKER
“You Can Get It If You Really Want” (1970 album; Black & Blue Marble Vinyl Edition; Real Gone Music) 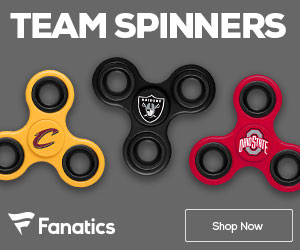 THE APPLES IN STEREO
“Her Wallpaper Reverie” (1999 album; Yep Roc)

RASPBERRIES
“Pop Art Live” (three-LP set, with download, capturing the full 28-song set from the original lineup, recorded on Nov. 26, 2004, at the House of Blues in their hometown of Cleveland; See here; Omnivore Recordings)

THE APPLES IN STEREO
“The Discovery of a World Inside the Moone” (2000 album; Yep Roc)