Tower of Power is all ‘Souled Out’

Tower of Power leader-founding member Emilio Castillo has a ready-made answer for anyone who asks him, “What do you think about this new ’70s trend?”

“I tell them, ‘If you hadn’t told me, I wouldn’t have noticed it was here,’ because it never left,” the saxophone player said recently, laughing during a stop on the venerable Oakland, Calif., band’s U.S. tour. “I make this kind of music because this is the kind I know how to make. And I know there’s a lot of people like myself who love this kind of music.”

Castillo has such an affinity for soul that, on the eve of entering the studio to record a new album for Epic, he abruptly pulled back and retooled the whole project.

He wanted to make “a great soul music record,” like the ones from Tower of Power’s glory days in the ’70s, and that meant going with a more true-blue soul singer. The result is Tower of Power’s third Epic album, “Souled Out” (released Aug. 15), which features new lead singer Brent Carter, plus new drummer Herman Matthews and three newcomers in the horn section – Barry Danielian, Bill Churchville and David Mann.

The hard part was asking vocalist Tom Bowes to step aside after six years.

“I just told him, ‘We’re looking to do something different this time, and I don’t want to sneak around behind your back and try to find the ultimate singer,’ ” Castillo said. “I said, ‘I’m gonna tell you right up front, I’m looking for somebody and I need your help until I find him.’ He was gracious enough to stick around until we found Brent Carter.”

Carter’s resume includes backup work with Regina Belle and BeBe & CeCe Winans. He’s no Lenny Williams, who was there during Tower of Power’s greatest chart success (“You’re Still a Young Man,” “So Very Hard to Go,” and “Don’t Change Horses (In the Middle of the Stream)”), but Carter does help them get back on the soul track.

It couldn’t come at a better time. Tower of Power’s back catalog has been revived on CD by Warner Bros. in the past three years and has been selling well, Castillo said. “My royalties are definitely higher than they have been in many, many years,” he said.

Columbia also is getting in on the act. They’re compiling cuts off the group’s three late-’70s albums and have dug up unreleased material for a future collection.

What keeps Tower of Power going after more than 25 years?

“I think it’s the music,” Castillo said. “There’s not a lot of Tower of Powers out there. We’re not the average five-piece rock band. Fortunately for us, the kind of music that we make, there’s an audience for it. It’s not a huge audience, but it’s ours and they’re loyal as hell.” 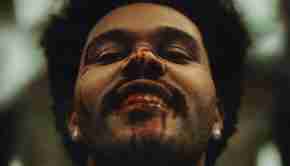