Here’s something you don’t hear every day from pop stars.

“I wouldn’t mind making records all day – and touring, too,” Throwing Muses leader Kristin Hersh said recently. “This, the interviewing, is the hard part.”

Dealing with the press hasn’t swayed her away from pumping up the band’s new self-produced “University” album (Sire/Reprise). In fact, nothing can keep her away from what she knows best: music.

“I really get off on music,” she said. “I know that sounds goofy, but it hit my spine hard like 20 years ago and I haven’t really matched it with another high. I like writing songs, too … that’s a good high.

“And being on the road isn’t so bad. It’s not a hard thing to do in life. As far as hard things in your life go, touring just is not one of them. We’re lucky to play to a lot of people every night, and that’s what the definition of a band is, really.

“We don’t have to sleep on floors anymore, and I can afford a nanny, so I actually sleep on the road. What more can you ask for?”

The 28-year-old mother of two said she likes the Muses’ status as the quintessential underground band and “just making records and record companies ignoring us. Talk about low-pressure jobs.” And the pressure, thankfully, was off when recording “University,” which features the band’s alternative-pop hit “Bright Yellow Gun.”

“We wanted to re-create the impression or impact of a live thing,” she said. “You can’t play live in the studio or you’ll sound like a band in a gym. We actually had to isolate sounds just exploding in the room and watch all the meters go crazy. … We couldn’t have a producer there because he would’ve told us not to do it.

“Once we got the sound treatment, it didn’t change from song to song. On ‘University,’ the songs are so delicate without being fragile that they need and can stand a great deal of production. They needed their character to come out in the overdubs and the mix.

“We got absolutely self-indulgent, playing a chandelier and kitchen utensils and inventing instruments and robbing the necks of guitars and putting them on other ones and soldering pedals together.

“We needed to do that. We can’t be slick, we just don’t have it in us. This is extremely produced but in an organic way, and in that, it released a lot of pressure and allowed for our focus to be generally on the production side.” 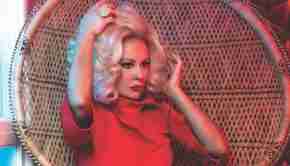 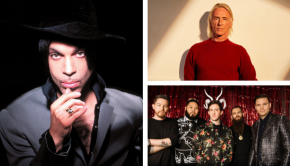