Who says you can’t go home again? Kansas has done it and then some.

The progressive-rock group made its 19th album, “Somewhere to Elsewhere” (out July 11 on Magna Carta), truly an all-Kansas affair. The disc reunites all the original members for the first time in 17 years, and it was recorded at guitarist Kerry Livgren’s recording studio in rural Kansas.

The involvement of Livgren, who wrote the band’s signature hits “Carry On Wayward Son” and “Dust in the Wind,” alone is a major feat. He left the band in 1983, moved back to Kansas from the band’s home base of Atlanta, bought a 76-acre farm and became a popular contemporary Christian artist, producer and label owner (Numabox).

“I have an active solo career, and that’s actually what spun off the material Kansas ended up doing,” Livgren said recently. “I had started working on a new CD about a year ago and during the course of writing, I was generating a lot of material that sounded to me like Kansas, much more than my previous stuff has. I had mentioned that to the guys, ‘Gee, let’s hear it,’ and as soon as they heard it, they said, ‘We’ve got to do this.’

“There were some certain criteria I laid down, like first off, ‘If we’re going to do this, it’s got to be the original band and it’s got to be in Kansas. Let’s make this every bit as Kansas as we can make it.’ They eventually agreed to do that, even getting (bassist) Dave (Hope) involved, and he’s a full-time minister. Of course, (guitarist) Billy Greer’s been with us so long (since 1986) we couldn’t exactly tell him to take a hike, so we used him, too.”

When Livgren quit the group in 1983, many Kansas fans assumed it had to do with him becoming a born-again Christian. That was just part of it, he says.

“Really, at the point I left, (singer) Steve (Walsh) was gone, (violinist) Robby (Steinhardt) was gone and it just didn’t seem like the same band to me anymore,” Livgren said. “The goals changed, the motives changed. I really didn’t have the freedom of expression at that point, and after a 14-year run, I was just ready for something different. I just finished a solo project with the guys that became A.D., the band I formed after Kansas; we clicked so well, I just thought, ‘It’s time (to leave Kansas).’ “

After selling 30 million copies with eight straight gold- and platinum-selling albums, including 1976’s “Leftoverture” and 1977’s “Point of Know Return,” Kansas had lost its creative muse. But Livgren’s departure had no effect on their friendship, says drummer Phil Ehart.

“Me and Kerry and (guitarist) Rich (Williams) and Dave all went to Topeka West School together, so we have known each other for many years,” he said. “That’s what we had in common. That keeps you in touch. If we hadn’t been in the same band, I’m not sure we would have stayed in touch, but the band keeps drawing us back together.

“It was great fun going back to Kansas for this album. A lot of water had passed under those bridges for many years, but still there’s a reason that this band is such a good band and has the history it does, it’s because of the people who make it up and all those people were all there in the same room again. It’s the chemistry that makes it work, so we had a great time.”

“Somewhere to Elsewhere” is every bit as lyrically and musically complex as any Kansas album at its peak. It even opens with “Icarus II,” a sequel to “Icarus – Borne on Wings of Steel” off the “Masque” album.

“We wanted to make an album we could all enjoy making,” Livgren said, “and we wanted to set up a scenario where it would at least pay for itself, where we could make some music we could be proud of. We wanted to make a CD that we could go back and listen to and just have few if any regrets about, and I think we accomplished that.

“I think we made an album that will endure as one of the better Kansas albums we’ve made. I know the band feels it’s one of the top three we’ve made. Whether it’ll do well, it’s such a different world out there. You’ve got rigid radio formatting; there’s no place for our music, and really I don’t care. You can become a slave to that. There’s no room to push the envelope, and that’s what we like to do.”

The group is in the middle of a U.S. tour with one of its early influences, Yes. Livgren and Hope will show up to a few shows, but for the most part, they have too many other things on their plates to commit to a tour.

“To do (a tour) I would have to shut down my label and my studio and my farm,” Livgren said. “It’s just too complicated. And everybody knew that going into it. Making an album’s one thing, but touring is another. A lot of people think, ‘Kerry Livgren, he doesn’t want to tour.’ That’s not really true. In fact, the idea of them going out and doing this music without me is not a thought I really like. The reality is, I just can’t pull it off.”

Ehart says the band is blown away by the fan response at shows.

“The people that are coming, they’re not coming for any other reason than that they want to hear this kind of music,” he said. “The band has enjoyed a resurgence here in the last five years that nobody could have foretold, so it was interesting that here the millennium’s changing and Kansas is still out on the road and selling more records after almost 30 years and doing better than we have in quite a while. Who could have guessed?”

THE FIRST RECORD I EVER BOUGHT: Livgren – “I remember buying it in a drugstore, and it was a 45, but it had three songs on each side. It was something like ‘The Hits of Today.’ It had doo-wop songs. I think I was 11; my parents always had records, so I thought I should have one, too. And it changed my life.” Ehart – “It was by the Byrds, ‘Mr. Tambourine Man.’ “

THE FIRST CONCERT I EVER WENT TO: Livgren – “I don’t know if I’d call it a concert, but I went to a recreation center here in Kansas that on Friday nights had bands playing. I had never seen a live rock ‘n’ roll band before, and I walked in and it was a surf band. Of course, surf music in Kansas … what’s wrong with this picture? I went ahead and heard these guys, and I took one look and didn’t even make it through one song and I knew that’s what I wanted to do, make music.” Ehart – “I’m thinking the first one that ever made an impression on me was Mitch Ryder and The Detroit Wheels at the Topeka Auditorium when I was 15. I didn’t talk for a week, I was so stunned. Seeing Jim McCarty on guitar, man, I knew I had to do that for a living. And what a great underrated singer Mitch Ryder was.”

THE LAST CD I BOUGHT: Livgren – “I got the new Sting CD, and I’ve been listening a lot to Tears For Fears’ ‘Raoul and the Kings of Spain.’ I love it. That’s one of the bands that came out of the ’80s that I think has endured. So many ’80s bands dropped off the face of the Earth.” Ehart – ” ‘Inside Job’ by Don Henley. It’s pretty dark, very introspective, a lot of his comments politically and he had just gotten married. One of the songs is called ‘My Wedding.’ It’s still pretty good, I could listen to Don Henley gargle, he’s one of my favorite singers of all time.” 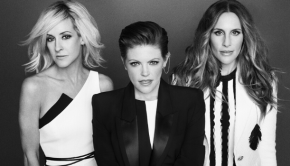