Where have all the rock ‘n’ rollers gone? Judging by Billboard’s pop singles and albums charts, they all could fit in a room at Motel 6.

While rap, hip-hop, country and teeny pop rule the land, rock today hangs by a thread in mainstream America, with only glancing blasts from the past (Rolling Stones, Black Sabbath, Kiss, Rush), the present (Metallica, Lenny Kravitz, Green Day, The Offspring) and the future (Creed, Everlast, The Flys, Kenny Wayne Shepherd Band) and very few between.

The answer may lie in sales figures for the Black Crowes’ best album to date, “By Your Side” (out Jan. 12 on Columbia). From top to bottom – from “Go Faster” and “Kicking My Heart Around” (the first single) to “Virtue and Vice” – the Atlanta-based group’s fifth studio album puts the Mick swagger, the Rod Stewart snarl and the blues-steeped grit back into rock.

There’s a veritable feast of potential album-rock hits to choose from: the title track, “Only a Fool,” “Heavy,” “Welcome to the Goodtimes,” “Go Tell the Congregation.” It’s just what the rock doctor ordered.

“We’ve never had a runaway Top-40 single,” drummer Steve Gorman said recently. “We make albums. As much as people at the record company would like us to, we don’t write one song and go, ‘Okay, that’s the single, let’s make it sound better.’ We make a whole record and hope that people still have time in a day to listen to an album. I think there’s still enough people out there who dig rock ‘n’ roll just waiting for a really good record to come out.”

“By Your Side” is as close as it gets.

“If this record does well,” Gorman said, “then the other bands have to stand up to their label and have the same attitude we do and say, ‘This is our record and we’ll make it the way we want.’ It’s tough out there. If you want to find a really good rock ‘n’ roll record, you usually have to look pretty hard.

“This is the first time we’ve got a real big record company behind us, so hopefully they’ll make it easier for people to know it’s out. Our last two records, our old label (American) was collapsing. There is a business side to it; it’d be great to think you could just make a record and it will speak for itself. Sometimes that happens, but with as many records that come out today, it’s become really difficult, and rock ‘n’ roll has taken such a back seat.”

The Black Crowes have been sitting up front with rock since the late 1980s when singer Chris and guitarist Rich Robinson, sons of ’50s performer Stan Robinson (“Boom-a-Dip-Dip”), recruited Gorman, bassist Johnny Colt and guitarist Jeff Cease, in pursuit of an uncompromising, guitar-driven sound.

Def American A&R rep George Drakoulias signed them in 1989 and teamed them with former Allman Brothers Band member Chuck Leavell for their ’90 debut LP, “Shake Your Money Maker.” After more than a year on Billboard’s pop chart, the album peaked at No. 4 and eventually sold more than 5 million copies. Positive reviews and months of incessant touring earned them Rolling Stone critics and readers poll awards for best new group.

The band’s second album, “The Southern Harmony and Musical Companion,” spent a week at No. 1 in May 1992 and sold 2 million. By then, Cease left the group (replaced by Marc Ford) and several band members had run-ins with the law before, during and after shows. Worse still, Def American (now renamed American) began feeling the financial pinch. The group’s third LP, “Amorica,” didn’t fare well but still was certified gold, while 1996’s “Three Snakes and One Charm” bottomed out quickly.

“The reality is you’re only as good as your sales figures,” Gorman said. “The thing that we have going for us is that at one time we did sell numbers that people would get excited about. We’ve always been able to maintain a live following; that’s what kept us going.

“We were on a label that completely collapsed; we put an album out (‘Three Snakes and One Charm’) that most people didn’t know existed. We’ve done things our own way, but I think that’s what saved us. If we had tried to play the game all these years and got involved in the cycles of rock ‘n’ roll, I think we would’ve been in trouble, because the ’90s have become so far removed from rock ‘n’ roll. We sort of ignored that, as opposed to trying to fight it.”

During a spring tour in 1997, the Black Crowes began working on “By Your Side” tracks at sound checks.

“We were taking our live shows, deconstructing everything we had ever written,” Gorman said. “We were really getting out there with a lot of experimenting and jamming. Within that, we were learning a lot more about our own music. In a weird way, it was very helpful. It made the focus on these new songs all that more stronger. You don’t look back and say, ‘Oh, I wish I had written that song this way,’ but you realize how much that could help you with your next batch of songs.

“For Chris and Rich, as they were writing the songs, they were so aware of trying different things. We had spent so many years becoming a great band, but the songwriting process just went hand in hand with that but was never taken as a separate issue. This time, it was ‘Let’s slow down, let’s take a few months and tinker with these songs.’ The album really reflects that; they’re very focused and very direct.”

The Black Crowes also went through some major personnel changes, losing Colt and Ford. Sven Pipien is the new bassist, and Audley Freed signed on as a touring guitarist. (Keyboardist Eddie Harsch joined in 1994.)

“Johnny and Marc were huge contributors to the band,” Gorman said, “but both of them over the couple of years leading up to their departures had been distancing themselves for very different reasons. It had really become a problem on tour; there was a lot of dysfunction involved. It wasn’t easy to just say ‘It was him and him,’ it’s everyone. You go through everything together.

“But the fact is Johnny didn’t want to be in the band anymore and Marc had a lot of problems, he sort of lost his way. He had been hiding from a lot of things and his drug use kind of took over, and he kept moving farther and farther away from his gig, his job. We’ve never told anyone how to live their life, but the one thing is you get your gig done and he wasn’t even able to do that. He was in a confused state and he wasn’t able to make a decision, so we made the decision for him, which was: You’re not going to kill yourself on our time. It’s a hard line, but what else are you going to do? Anything other than that, you’re still enabling the person to just cruise.

“After you work with someone for a long time, it’s easy to get into a syndrome where you can never say goodbye. To me, it was either we tell him to leave or we just watch him die. If he goes and dies, at least he doesn’t do it on our hands. We said enough is enough. It worked out okay, because he did go get cleaned up and he’s working on his own thing.”

What would break up most bands only made the Black Crowes stronger, Gorman said. “What people perceive as a tough problem was really a huge relief,” he said, “so we could focus and get ready to work. People hear, ‘Oh, two guys left,’ and that signals trouble, but when they left the band, that’s the end of the problem for us.”

The major knock on the Black Crowes is that they have plundered and pillaged the ’70s rock of the Rolling Stones and Faces. Gorman said they appreciate the Stones as much as the next band, just as much as they love Big Star, Bob Marley and Muddy Waters. They’re respectful of rock’s heritage, of its roots in blues, country, folk and gospel.

“At this point, the Black Crowes are their own band. We certainly have a sound,” Gorman said. “Chris doesn’t sound anything like Mick Jagger, never has, and I don’t play anything like Charlie Watts, and if you know anything about guitar, Rich certainly is not up there knocking off Keith (Richards). Of course, I love the Stones … name a better rock ‘n’ roll band, but it’s silly to think you can imitate something like that.” 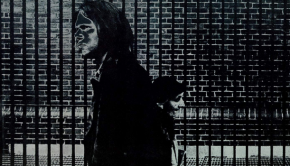