For a blues-based rock band from Glasgow, Scotland, a trip to Bearsville Studios in Woodstock, N.Y., is like a journey to mecca.

“It’s a great place,” says Texas singer-guitarist Sharleen Spiteri. “There’s so much history there. So many great albums have been made there, and just about everybody hung out in Woodstock at some point and there’s a few of them still living there. It’s an artistic community, so you’re in a creative environment.”

That setting, plus the general isolation from the music hubs, was just what Texas needed for its third Mercury album, “Ricks Road,” named for the unmarked dirt path leading to the Bearsville facility.

Spiteri feels Texas – with Eddie Campbell (keyboards), Richard Hynd (drums), Johnny McElhone (bass) and Ally McErlaine (guitar) – has come a long way since its debut LP, “Southside,” sold over 2 million copies worldwide in 1989. They were young, energetic and naive at that point, she says, and the followup effort, “Mothers Heaven” (’91), was a difficult period for them.

“We had been on the road for two years before ‘Mothers Heaven,’ ” Spiteri says, “and suddenly we were off the road and had to write a new record. We were confused about which direction we were going in. There was the whole Manchester scene going in Britain and not being any part of that at all. So, the last place we wanted to be was in a studio.”

Spiteri, now 26, says they have grown up and adjusted, which is reflected in the tracks on “Ricks Road.”

“We came to grips with things,” she says, “and we got back to what we do best: writing songs.” 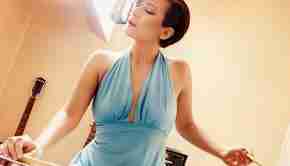 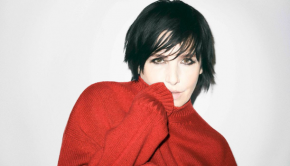