He doesn’t hesitate long to answer, but first he takes a full, deep breath.

“There was a lot of talk about a lot of things,” Kretz said recently from Atlantic Records’ New York headquarters during a full day of interviews in advance of the group’s third album, “Tiny Music … Songs From the Vatican Gift Shop” (released Tuesday).

“There was a lot of anger and frustration over all sorts of things, not just what happened to Scott,” Kretz said. “We definitely needed some time to figure out where we were going.”

Where they were headed after Weiland’s May 15, 1995, arrest for reportedly buying rock cocaine from a street dealer in Pasadena, Calif., is anyone’s guess. The next night on KROQ in Los Angeles, Courtney Love read a letter from an “embarrassed” Weiland, apologizing profusely to fans. Later, a judge agreed to dismiss felony drug charges if the singer completed a drug treatment program and had no further run-ins with the law.

The arrest came weeks after the commercially successful but critically skewered quartet halted preproduction for “Tiny Music.” It was then that Kretz and brothers Robert and Dean DeLeo (guitars) took matters into their own hands, regrouping with Weiland at Westerly Ranch in Santa Ynez, Calif., in October.

“Leading up to the recording was stressful,” Kretz said, “but once we got there, the house contained only our egos and our dogs. After living there and getting to know each other again and not getting on each other’s nerves, it all fell into place from there.

“There was a lot of yelling and venting before. We’ve been through so much together, so it’s great when we get together and can still joke around and enjoy each other’s company. Once you’re away from each other for so long, you miss the things that brought you together in the first place.”

Tucked away on a scenic patch of 100 acres two and a half hours away from Los Angeles, the 24,000-square-feet Westerly Ranch was just what the doctor ordered: 12 people – the band, producer Brendan O’Brien, the crew and engineers and a cook – had complete run of the villa. The creative juices were flowing from room to room.

“We could run to any room in the house with a microphone and help out with a song,” Kretz said. “Brendan loves to try different things. He’s really into spontaneity, so there were tons of great guitar leads in all sorts of places, like the bathroom and the entryway. I even set up my drums in a cedar closet upstairs. And I did the drums for (the first single) ‘Big Bang Baby’ on the front lawn.

“A lot of the songs you hear were written right there, in the heat of the moment.”

The virtually carefree atmosphere has produced Stone Temple Pilots’ most distinctive sounding album to date. Tracks such as “Big Bang Baby,” “Pop’s Love Suicide” and “Tumble in the Rough” have all the rough and raw earmarks of the group’s first two multiplatinum-selling albums (“Core” and Purple”), while “Lady Picture Show” echoes the Beatles, “Press Play” and “Daisy” display their knack for instrumentals, and the dreamy “And So I Know” is uncharacteristically bold and beautiful.

“We’re all getting comfortable playing other types of music and putting it out there,” Kretz said. “We’re gaining more confidence. We’re not worrying what others might think. It’s not overly serious like our other records. If you listen closely, there’s some wonderful humor in Scott’s lyrics. He’s found a way to express all those things that have bothered him in a beautiful way.

“I was really blown away by reading his lyrics. At first, we were worried he might come in and his lyrics might be self-indulgent, but now I wish he’d put a book of poems together. They’re really inspiring.”

Whether “Tiny Music” is enough to silence critics who have slammed them as Pearl Jam knockoffs is another story. Kretz says he and his bandmates aren’t sweating it.

“There’s so much pressure to reinvent yourself, and that’s an evil thing to chase,” he said. “We’re lucky we don’t worry about the critics because we’re lucky enough that there are enough people out there who really enjoy what we do.

“And that’s all that really matters.” 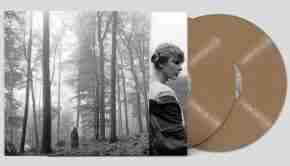 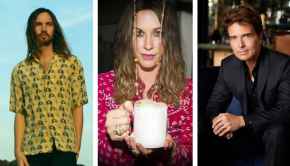