Standing Up and Shouting for Dio

What better way to celebrate Dio’s 20th anniversary than to be anthologized by Rhino.

Ronnie James Dio is ecstastic that the venerable reissues label approached him about piecing together a definitive collection of the heavy-metal godfather’s career. The two-CD, 29-track set, “Stand Up and Shout: The Dio Anthology” (released May 27), covers Dio’s time in Rainbow, Black Sabbath and his own group, Dio, as well as rare tracks from his first group, Elf.

“It’s just a wonderful tribute to all the people who played on all these things to allow this to happen. It’s more a tribute to them than it is to me. It’s got my name on it; that’s great, but none of this would’ve happened without them.”

“He said, ‘We want to do this. Will you let me put this together? Of course, you have the first right of refusal,’ ” Dio said. “I said, ‘Dean, go right ahead.’ He’s a fan. He knows what’s good and bad about my career. He put it together and showed it to me. I said, ‘Well, maybe you should take that one out and that one. Other than that, it’s perfect.’

“There were some songs he picked out that were a bit lighter in the context of things. They’re songs that people actually like – I think one of them was ‘Mystery’ – but that was probably a bit too poppy for my taste, so we made a few changes.”

The collection’s Elf tracks are especially close to Dio’s heart because that was his breakthrough band. Formed in Dio’s native Cortland, N.Y., in 1970, Elf was signed to Epic and its self-titled debut album was produced by Deep Purple’s Roger Glover and Ian Paice.

What become of his Elf band mates?

“Our keyboard player (Micky Lee Soule) was Jon Lord’s keyboard tech for quite a few years,” Dio said. “Dave Feinstein, ‘Rock’ as we knew him, owns a restaurant in Cortland and still plays. Gary (Driscoll), the drummer, was murdered in Cortland – a drug deal gone bad.

“Craig Gruber played with us for five minutes in Sabbath; I don’t know what he’s doing at the moment. Doug Taylor, our guitar player, was managing Motley Crue for five years during the time of ‘Dr. Feelgood.’ He’s back in New York, working as an agent, I think.”

As Deep Purple’s opening act, Elf caught the attention of Ritchie Blackmore, who asked most of the group to join him in forming Rainbow. After a handful of albums, Dio then joined Black Sabbath, who had just had a falling out with Ozzy Osbourne. Dio was at center stage for the “Heaven and Hell” (1980) and “Mob Rules” (1981) albums before striking out on his own.

When he got the finished “Stand Up and Shout,” Dio stared at it in amazement.

“I thought to myself, ‘Wow, I wrote all those songs?! How did I do that?’ That’s what I was thinking. You wonder what part of your mind these things came from. Plus, it gives us a chance to go out and play our greatest hits over the summertime.”

He’ll get plenty of opportunities when the theatrical-rock group joins Iron Maiden and Motorhead on an extensive North American tour.

Dio’s also in the early writing stages for a follow-up to his 2002 LP, “Killing the Dragon.”

It has been a long, great career, and it’s far from over, Dio says.

“I wouldn’t change one thing about it, especially the early days,” he said, “because they were the best. They were the times when you saw things for the first time; the experiences were always fresh and new, and you learned from them and moved on.” 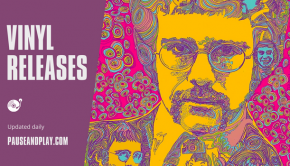