Australian singer-songwriter Tartie writes tales of love, loss and struggle … and she’s sharing her latest one exclusively with Pauseandplay.com.

Her new single, “Winter’s Girl,” details a triumph over mental health issues and the insidious nature of an anxiety condition. The song delves into the mind of a girl who is in the metaphorical winter of her life and is written from the perspective of her more mature and recovered self.

“My goal with this song is to empower people to know that no matter what is happening in the winter of their lives, seasons change and it will pass,” Tartie says.

“Winter’s girl, you’ve got your strings strung tight
Always wading in the fight or flight
Eyes wide open, your mouth so dry
It’ll be easier if you never try”

Tartie is speaking from personal experience.

“Six months ago, I was moving (to a new) house and I found all these journals that I used to write in years ago,” she says. “I couldn’t believe that the person who wrote what I was reading was me and it revealed to me how differently I think now. I felt so much empathy for my younger, tortured self. She was so stuck in her head and so distressed all the time so I wanted to write her a song to say ‘you’re okay, you may feel like it’s hopeless but you will move through this.’

“The line ‘they may lock you up but you can still scream and shout’ refers to this sentiment and I wanted to communicate with the listener that even though you may feel like a prisoner of your own mind, those negative and fearful thoughts are not who you are nor do you have to believe them.”

“Winter’s girl, why the worried face?
Time’s an illusion there is no race
Let it in and then let it out
Learn to embrace the doubt”

“I think if someone had told me that I could rewire my brain to think more positively back then, it would have saved me a lot of suffering. However, I believe that everything is happening for me not to me, so I choose to see those past experiences in a positive light as they have enabled me to write songs like ‘Winter’s Girl’ that I intend will help others experiencing similar things.”

Tartie’s brand of indie-dream pop has gone over well in her native Australia and on Internet radio stations across the world. It all began in March 2017 with her debut EP, “Your Today,” and her lead single, “Anything At All,” becoming a finalist in the Pop category at the Australian Independent Music Awards.

Newly confident, Tartie has her sights set on the future.

“I have so many songs I’ve written that are yet to be recorded,” she says, “so an album in the future is definitely in my plans. If not, a second EP at the very least to be released in 2020.” 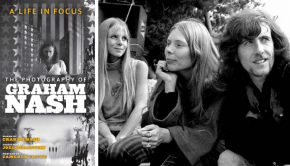 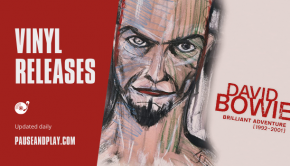 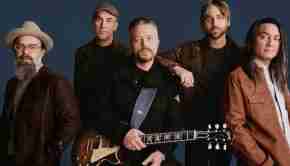