Song Premiere: Johnathan Celestin’s ‘Nothing Without You’

For his newest single, Johnathan Celestin wanted to create something bright and catchy, a summer song that people could move to.

He got his wish with “Nothing Without You,” which makes its world premiere on Pauseandplay.com. (It’s available for preorder on iTunes, where it will be released on April 4.)

” ‘Nothing Without You’ was actually written when I was going through a period where I wasn’t writing very much music,” the New York-based singer-songwriter said. “After a burst of creativity, I wrote a series of songs and sent them to my dear friend, Nicholas Wright. He loved it, so we decided to move forward. I tend to write music that’s slow, emotional and heavy. I wanted to give my supporters, #TEAMJC, something different and something for the radio.”

Celestin credits Wright for the upbeat touch, even though it’s essentially a breakup song.

“Nicholas and I have been music partners for quite some time now,” he says. “We started years on commercial work and gradually began doing personal projects. I knew he’d be able to turn my song into a groovy, summer jam. He’s an amazing producer and talented songwriter in his own right. Outside of the music, Nicholas brings a lot of much-needed laughter to the table and to my life. Look out for more to come from the two of us.”

It’s been a long journey for Celestin, but he likes where he’s headed.

It’s a journey “full of love and support from those who truly to care to see good in my life,” he says. “I started off singing as a child and played the piano. I would accompany my little sister sometimes as she would sing in church. Eventually, I began to see the beauty and power in music as a means to heal, reflect, encourage, and push forward. Eventually, I moved to New York and fully gave myself to the process (and the volatile chance) of becoming a recording artist and songwriter. I did theatre as a child, so I naturally found a home in theatre as a means to make income and be creative. After a few ups and downs (the ups by far outweighing the downs) in 2012, I released my freshman EP ‘and then the rolling stone fell in love.’ The rest is history.”

What are his long-term goals?

“To touch as many people in the world as I can with my music,” he says. “To gift to others what music have gifted me: moments of joy and solace. Being able to provide for my family and community are also very important to me. I’m open to however the universe unfolds for me. I know that if I stay the course, I can accomplish my wildest dreams and beyond.” 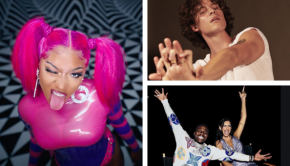 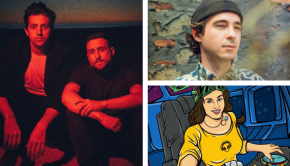 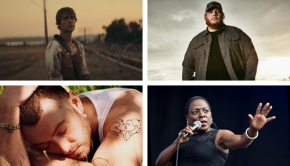 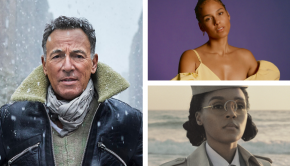