Let’s go back to 1976, to the thick of the “Me Decade.” Polish those mood rings, we’re digging up long lost songs from those happy days. These non-hits have been added to our growing Shoulda-Been-Hits list – hits that never were but shoulda been.

You can also follow along with our Spotify playlist.

Not to be confused with the U.K. garage band that made Craig David famous, this power-pop band from Fairfax, Va., was signed to Columbia Records and landed Aerosmith producer Jack Douglas. But critical praise never led to big album sales.

Their first album sold 17 million copies … the most for a debut album until Whitney Houston came along.

It featured Bowie’s last great album “character,” the Thin White Duke. In 2003, the LP was ranked No. 323 on Rolling Stone’s list of the 500 greatest albums of all time.

This influential power-pop band was big in the U.K. but largely ignored in its native USA.

One of the best-selling live albums of all time, with worldwide sales of more than 11 million.

The album expanded on the sexual themes of his previous LP, “Let’s Get It On.”

Drummer Phil Collins took over lead vocal duties after the departure of Peter Gabriel the year before.

Her last album for Ode Records and her last with producer Lou Adler.

The self-produced songs were written during Mitchell’s drive from Maine back to Los Angeles.

The album was in recorded in 1971 and 1972 but not released until 1976. Early members included Jerry Harrison (Talking Heads) and David Robinson (The Cars).

Their debut album was released in November 1976 but didn’t reach the U.S. chart until a year later.

Commercially unsuccessful and critically ignored at first, their debut album later would become one of the most essential punk records of all time and sparked the punk-rock scene.

By then, Ronnie Wood had replaced Mick Taylor. In spite of heavy criticism (Lester Bangs particularly loathed it), the album still went No. 1 in the U.S.

A year after Twilley’s first hit “I’m On Fire” went Top 20, he had to wait a whole year for the release of his debut album (due to label troubles).

All the tracks on this dub classic were produced and composed by Lee “Scratch” Perry and credited to his studio band The Upsetters.

The album, which featured “Silly Love Songs” and “Let ‘Em In,” has been McCartney’s most successful chart album to date, logging seven weeks at No. 1. 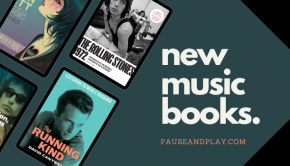 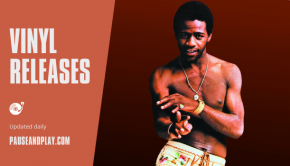