1985 was a very good year for Scritti Politti, but for frontman Green Gartside, it was sheer torture.

The literate synth-pop trio, formed in 1978 in Leeds, was “the next big thing” in England. Its debut Warner album, “Cupid & Psyche 85,” produced by Arif Mardin, spawned a string of U.K. hits – “Wood Beez (pray like aretha franklin),” “Absolute,” “Hypnotise,” “The Word Girl” and “Perfect Way.”

It crossed the Atlantic and also did well in the United States. The album reached the Top 50; “Perfect Way” peaked at No. 11 and stayed on Billboard’s pop chart for nearly six months, and “Wood Beez” was a moderate hit. “Perfect Way” even made its way onto an episode of the hit ABC series, “Growing Pains,” with the main characters dancing to the manic hit and their father wondering out loud, “Who or what is a Scritti Politti?”

Then came a defining moment for Gartside.

“I can remember doing ‘American Bandstand’ with Dick Clark,” the Welsh-born singer-songwriter said recently. “Apart from the absolute terror one feels of being on national television, Dick would come up to you and ask you completely ridiculous questions, to which you could only give a ridiculous answer. You can’t even play with it. I guess I needed the confidence and the wit to play that game well, because there’s a little voice inside your head that says, ‘You know what? This isn’t fun.’ It isn’t what you wanted after all. There is no ironic distance between you and this stuff.”

After taking three years to make the follow-up album, “Provision,” and being unhappy with the results, despite memorable collaborations with Miles Davis (“Oh Patti”) and Roger (“Boom! There She Was”), Gartside permanently put distance between himself, band mates David Gamson (keyboards) and Fred Maher (drums) and the entire music industry.

“Not being happy with an album, that really was the kiss of death,” Gartside said. “You have to go around the world and promote an album, which in your heart of hearts you think should have been better. I couldn’t live with myself.

“I also have low frustration tolerance, so I’m told. Sounds like a syndrome, doesn’t it? It’s people who are petulant and bore easily. I got petulant and bored. When things get frustrating, people like me just stop. You can either see it as a sign of weakness of character or you can say, ‘It’s not a bad mechanism.’ “

Gartside retreated to his cottage near his parents’ home in the Welsh countryside, lived off royalties and played darts at a local pub. He resurfaced briefly in 1991 to do a single with dancehall reggae star Shabba Ranks.


The British music press thought he lost his muse and was chemical-dependent.

“There was the usual stuff written about drinks and drugs, which I would’ve been disappointed if there hadn’t been any of that stuff said,” he said, laughing. “I tended not to pay attention. And it wasn’t really true, it was just I fell completely out of love with the business, making music and especially selling it.

“Because I got bad stage fright earlier on, I quit doing that too, so I was kind of skating on thin ice anyway. I was having success, but it was pretty precariously balanced. If you’re not prepared to play live and you start getting pissy about going to radio stations and things, on one level you have no one to blame but yourself. I didn’t have to stop, there was nobody saying, ‘You should stop this’ or ‘We don’t want you to make any more records.’ Those were my choices. On that level, I have no regrets.”

What was supposed to be a yearlong, self-imposed exile turned into eight years. Eventually, boredom returned, and after immersing himself in hip-hop and guitar-based pop, he got the music bug again. He made some demos and got in touch with Gamson, who was an A&R representative with Warner Brothers in Los Angeles.

All those styles and other influences converged on “Anomie & Bonhomie” (Virgin), Scritti Politti’s first album in 12 years. The Gamson-produced album, with Gartside as the sole Scritti Politti survivor, will be released stateside Jan. 25.

“There really was no point, for me, making a record that sounded like the old records,” Gartside said. “This record was a lot of fun to make, more than anything else I’ve ever done. It also serves to reunite me with David Gamson. He and I hadn’t spoken for like seven or eight years. If the record serves no other purpose, at least it re-established our friendship. It’s been worth it.

“It was more fun because there were more people around me. It wasn’t just David Gamson and I; there were other musicians, like Meshell, and others in the studio most days. We kind of established everybody’s role from the outset. Everyone knew what was going on, and we got out of the studio every day at a reasonable hour and went to dinner and had fun. We lightened up a lot. Whereas in the ’80s, it was just an endless succession of hard work; back then, we really were burning the candle at both ends, sleeping in the studio.”

That low-key approach is reflected in such playful tracks as “Umm” and “Tinseltown to the Boogiedown” and the sensual “First Goodbye” and “The World You Understand (Is Over & Over & Over),” the latter two featuring Ndegéocello.

Gartside is buoyed by the U.K. reception to “Anomie & Bonhomie” (loosely translated, it means “delight and desire”). Critics hailed its hybrid of ballads, punk-funk and pop-soul.

He’s not so sure about the United States.

“In America, I don’t have the slightest idea how it will do,” he said. “All I know is in the U.K., it came out to great critical acclaim. It had the one single from it, ‘Tinseltown,’ which Radio One wouldn’t play because it was a rap. They have a rap bias. But I do have to say, it’s good to be back.” 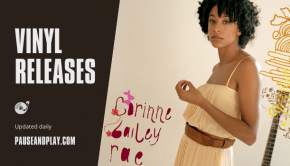