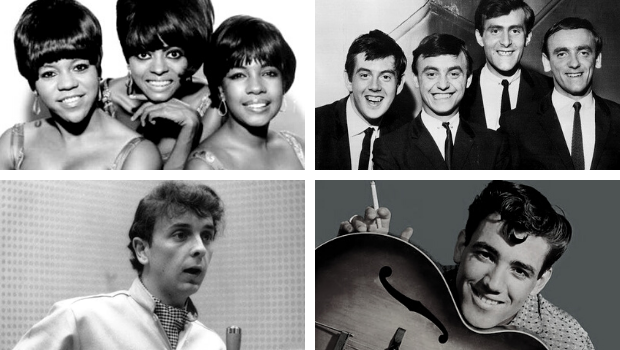 Ken Kragen (organizer of “We Are the World” and “Hands Across America,” manager of Kenny Rogers and Lionel Richie)

Buddy Merrill (guitarist was a regular on “The Lawrence Welk Show”)

Gunner Moss (drummer for Ted Nugent and other artists)

Philip Margo (co-founder of The Tokens)

Astro (a founding member of UB40)

Mick Brigden (tour manager for The Rolling Stones and many others)

Chuck E. Weiss (singer-songwriter and the subject of “Chuck E.’s in Love”)

Peter Zinovieff (founder of EMS, maker of the Synthi and VCS3; his instruments were used by Pink Floyd, The Beatles, Kraftwerk, etc.)

Don Hill (saxophonist with The Treniers)

Jim Bessman (music journalist for Billboard and other trades)

Jon Lukas (Maltese singer who had a U.K. Top 40 hit with “Can’t Afford to Lose”)

Turn Me Up Josh (hip-hop producer)

Johnny Trudell (trumpeter played on many Motown hits in the 1960s and ’70s, including Marvin Gaye’s “What’s Going On” album)

Will Mecum (Karma to Burn)

Randy Myers (songwriter, co-writer of “Put a Little Love in Your Heart” with his sister Jackie DeShannon)

Duffy Jackson (drummer with Lionel Hampton, Count Basie and others)

Mary Wilson (co-founder of The Supremes)

Christopher Plummer (Oscar winner and star of “The Sound of Music”)

Nolan Porter (L.A. singer whose music rose to prominence as part of the U.K.’s northern soul movement in the 1970s)

Double K (People Under the Stairs)

Gerry Marsden (of Gerry and The Pacemakers)