At least one member of the rock-rap quartet Papa Roach enjoyed every minute of a rare two weeks off the road for the first time since February.

Drummer Dave Buckner spent time with his family and girlfriend in the group’s native Vacaville, Calif. It was a welcome breather, diverting his attention so much that he was shocked to learn that Papa Roach’s debut DreamWorks album, “Infest” (released April 25), sold nearly 100,000 copies last week, climbed to No. 12 on Billboard’s Top 200 chart and recently was awarded a gold record for sales of more than 500,000.

“That’s where it’s at, at No. 12? Oh, man, that’s nuts,” Buckner said recently. “That’s crazy. I heard we sold a ton of records last week. But I really don’t want to hype up on the record sales, because the Backstreet Boys sell a lot of records but I don’t like their music; I don’t think they’re the coolest thing on Earth. I mean, it’s cool that we sold a lot of records, but that doesn’t necessarily make us cool. It just means we sold a lot of records, which is cool for me because it means I don’t have to have a day job.”

That’s the P-Roach philosophy in a nutshell: Have a blast while it lasts.

“I never expected this,” Buckner said. “There’s always like talk when we were kids hanging out with friends in the living room. We were like, ‘Man, if our band got signed, we’d do this and we’d do that.’ But I don’t think anyone ever really thought we’d ever get this far. I always thought it would fizzle away and we’d go on with our lives, but this thing just kept on building. We made a little snowball and tossed it into an avalanche.

“In this business, there are no guarantees. Who’s going to know in the long run if it’s going to work out or not, but at least we’re having fun right now. I’m making a little money to put away for after I’m done being a ‘rock star.’

“I’m hoping it lasts, but you’ve always got to prepare for that rainy day. You can’t just ‘Party like a rock star’ till it’s all over. I’m having the time of my life right now, but just by watching VH1 and ‘Behind the Music,’ you know this shit does not last forever. Hopefully we’ll be able to make records that we’ll believe in and that are successful enough to keep us afloat. Nothing’s forever.”

Still, with “Infest” and the riveting first single, “Last Resort,” swarming the charts, four guys from the onion capital of the world sure have beaten back the odds.

Buckner, singer-writer Coby Dick, guitarist Jerry Horton and bassist Tobin Esperance formed Papa Roach while in high school in 1993. They were just kids in a garage band kicking out the jams, but somewhere along the way they developed their own gritty, aboveboard metal-meets-hip-hop style.

The more they toured (playing in clubs they weren’t old enough to enter), the better they got and their following swelled.

By the time they graduated, they already had a self-released album, 1995’s “Caca Bonita.” Other discs followed, as did some high-profile gigs, touring with Kid Rock, Static-X, Incubus and Bad Brains.

“As an underground band, we went through cycles where sometimes things were up and a lot of times things were really down,” Buckner said, “not musically and rockin’ shows, just in the department of ‘I’m broke,’ ‘How am I going to make my rent next month?’ I went through a lot of down periods, where I was barely scraping by. It was especially hard right before we got signed; I had zero money. There was no money in the bank or in my pocket. In a way, it was kind of liberating, because I’m poor so even if people do come after me for money, ‘Sorry, I don’t have anything to give you.’

“I did a lot of stuff right before the band got signed. I had to take odd jobs because those were the only ones that would work around the band’s schedule. I had offers to work at Wells Fargo doing computer stuff, but I couldn’t take it because they wanted me to be there from 9 to 5 every day. Imagine that. I’m like, ‘I can’t do that, I’m in a band.’ They’re like, ‘Get out of here, Buster. Good luck with your band, but you can’t have this job.’

“Things weren’t always to this degree now. It wasn’t like we were always this focused, this well-oiled machine. We started out as a garage band, just kids having fun, and we just kept taking it to the next level until it got to where it is. We always felt we had to step it up, that you can’t be happy with where you’re at musically. You have to keep evolving and keep things new and exciting.”

“Broken Home,” about the impact of divorce on children, especially hits home.

“There’s some statistic I heard that half of all marriages end in divorce,” Buckner said. “Not all marriages have children involved, but I’m saying there’s a lot of kids out there whose parents are divorced. Or at least in my case, my biological father wasn’t there to raise me. My adopted dad is the one who was there for me. It’s the same with Coby’s life and Tobin’s parents are divorced. That song hits home for three out of four of us.

“I’m not bitter about it, but Coby’s had some issues to deal with and that’s why he wrote the song the way he did. I’ve got to admit, the first time I heard the song, I was like, ‘Damn, that’s heavy.’ “

Now, about that band name …

“We admit that Papa Roach is one of the stupidest band names ever,” Buckner said, with a laugh. “We thought of better names. I got tired of the band name real quick, I was like, ‘Let’s change it, like shorten it down to P-Roach,’ but by the time it got to that point, we had already developed a fan base and it was too late.

“Coby’s stepdad’s last name is Roatch, and their grandfather was always called Papa. It’s as simple as that. Everyone’s like, ‘You smoke roaches, right?’ That’s when we decided to make the meaning of the name about the actual insect. Coby sees it as being a mascot, a symbol of longevity, because after the nuclear war, the only thing left is the cockroach.

“I like to use the analogy of what’s going on with us right now. Like after this whole rap-metal craze is over and has seen its day, we still want to be around making music. We want to have longevity to our career. After the fat is over, we will be able to overcome that, because we actually write songs that are good and mean something to people.”

THE FIRST RECORD I EVER BOUGHT: “Beastie Boys’ ‘Cookie Puss.’ I bought it on tape. The Beastie Boys changed my life. I got into them because my uncle, who was in high school at the time, used to babysit me and he’d play ‘Brass Monkey’ all the time. I looked up to him and wanted to do the things he did, so I went out to the record store and bought ‘Cookie Puss,’ not knowing they had the other record (‘Licensed to Ill’) out at the time. ‘Cookie Puss’ is one of their old French imports. I was listening to it and thought, ‘What the hell is this? It’s not anything like ‘Brass Monkey.’ But I was intrigued by it; one of the songs is nothing but them making crank calls to an ice cream store. On the flip side, it’s a dub reggae kind of song.”

THE FIRST CONCERT I EVER WENT TO: “The Jacksons’ Victory Tour. My mom took me. I was like 8 years old. It was awesome; I wondered, ‘How did they put this together?’ It was cool to see a concert at that level and see what it’s all about.”

THE LAST CD I BOUGHT: “Well, it might be better to rephrase that question to ‘What am I listening to lately?’ That would be the advance CD of hed(pe)’s new record. I’m friends with the drummer, and we’re talking about doing some shows together, so he floated me an advance copy. I’m getting into it right now.” 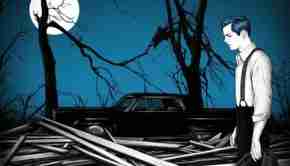