There will always be only one Prince, but Marshall Charloff gets to play a reasonable facsimile of him about 100 shows a year.

As the frontman of The Purple Xperience, an authentic Prince tribute band, Charloff struts and sings, plays multiple instruments and knows how to massage an audience just like the superstar.

With Prince’s shocking death on April 21, The Purple Xperience has an even stronger meaning for Charloff.

“For four and a half years, we did this while Prince was around,” Charloff says. “For me, calling it a tribute was a slight disconnect, because he was still with us and I had known him.

“But now it means so much more. It’s healing and cathartic to do this. We call it a ‘true-bute,’ because it’s as original as possible.”

One of the main reasons for that authenticity: The Purple Xperience’s keyboardist is Matt Fink, aka Doctor Fink, a longtime member of Prince and The Revolution.

The five-piece tribute band brings its act to the Tampa Bay area in late September, playing shows at the Tampa Theatre (Sept. 22), the Coliseum in St. Petersburg (Sept. 23) and Polk Theatre in Lakeland (Sept. 24). Tickets and more info: http://chilloungenight.com/purple-xperience.

The group has more shows planned through the end of the year, and then in 2017, Fink will direct his attention to a reunited Revolution. Fink and his former band mates – Mark Brown, Lisa Coleman, Dez Dickerson, Wendy Melvoin and Bobby Z – plan to tour well into 2018.

“I met Matt when I was a teenager,” Charloff says, “literally the same day that I was introduced to Pepe Willie, who started 94 East and had hired Prince in the ’70s. I was signed to an artist development deal and was asked to record with 94 East.

“Years later, at a Rock and Roll Hall of Fame benefit concert, I was asked to play guitar. It kind of spawned from there into The Purple Xperience.”

A Purple Xperience concert is exactly that: an experience. From the word “go,” you know you’re in for a ride through Prince’s massive catalog of songs.

“There’s so much material to cover,” Charloff says. “We go through all the big hits and also go a little deeper into his albums. For me, it’s an out-of-body experience, but it doesn’t feel like work. The audience feeds off on our energy and we feed off theirs.”

Between the many costume changes, Charloff settles into place at the piano for a medley.

“It’s so intimate, and I get to pick what songs I want to play, and often I ask the crowd what they want to hear,” he says.

When he’s not perfecting his Prince persona, Charloff is focused on his solo work. His most recent album, “Marsha11 Eleven,” was released in February, two months before Prince’s death. 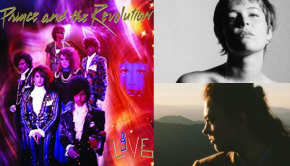 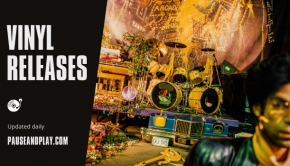