Neil Tennant of the Pet Shop Boys has just received a fax from the pop duo’s new record company, Atlantic Records. It is filled with good news.

Their new album, “Bilingual,” like the others that have preceded it, is a true international smash. It’s No. 1 in Indonesia, Israel, Hong Kong, Poland and many points between.

The jury is still out in the United States, where Tennant and bandmate Chris Lowe now enjoy critical and industry praise they sorely lacked 10 years ago when they debuted with the No. 1 hit, “West End Girls,” while radio airplay today is non-existent.

Their last studio album, “Very,” sold a respectable 600,000 copies stateside in 1993 and they illuminated the dance charts with such pop-pumped hits as “Can You Forgive Her?,” “I Wouldn’t Normally Do This Kind of Thing” and a rousing cover of Village People’s “Go West.”

American radio has stayed out of the Pet Shop Boys’ global village, and Tennant expects more of the same with “Bilingual,” in spite of radio-friendly cuts like “Se a vida e (That’s the way life is),” “Before” and “Discoteca.”

“This is one of the great inponderables,” Tennant said recently from his London home. “I just think (radio) thinks we don’t fit in with what’s happening now, and who’s to say they’re wrong in that.

“The great thing about the 600,000 people who bought the last record, they bought it because they liked it, because they heard it was good. It got no radio airplay at all in America, and the sense of achievement you have in selling 600,000 albums is pretty amazing.”

What’s more astonishing is that the Boys’ main champion now is the media.

“Yeah, because in the ’80s the critics used to slag us off,” Tennant said. “In the early ’90s, when the album ‘Behaviour’ came out, I remember Rolling Stone (magazine) made a major turnaround and decided that the Pet Shop Boys were okay. And the reason is because we don’t have hits anymore.

“We became a kind of alternative. Of course, in America, alternative is now mainstream. We are a part of the real alternative, and I quite like that. It would be great if we were No. 1, but what we have at the moment is a lot of respect from people for what we do. It’s really great.”

Tennant says they even feel out of place in their native Britain, where “Se a vida e,” one of the group’s most instantly accessible songs ever, is climbing the Top 10.

“Recently, music in Britain has been very parochial, very British,” he said. “It’s the Brit pop thing with Blur and Pulp and Oasis, but it’s about Britain a lot of the times. The Britain they sing about really doesn’t exist anymore; it’s kind of nostalgic music to me.

In their travels around the world, Tennant and Lowe became exposed to other musical styles, awed mostly by Brazilian dance music.

“Latin music is really the foundation of much dance music and disco in the ’70s,” Tennant said, “and we decided to bring some of that into our music. We’ve always liked very energetic music, up records, and Brazilian music is so energetic.”

It’s particularly apparent on the album’s opening track, the jolting “Discoteca,” which is amplified by a phalanx of drums that segue into the contagious “Single.” Interestingly enough, it’s not Brazilians playing drums – it’s a Scottish female group called SheBoom.

“These women make their own drums and there’s about 70 of them,” Tennant said. “We got 20 of them to play on the record. Really, it’s a great noise, a great, loud, exciting noise. We could’ve gone to Brazil and made the record there, but we didn’t want to make a Brazilian record. We wanted to take and add that in our own Pet Shop Boys, English kind of way. It’s a different approach and an exciting sound.”

It also negates a perception that Pet Shop Boys music is synthesizer-based and unorganic.

“People in the United States think we’re still one of those ’80s synth duos,” Tennant said. “We’ve never had any purest approach to synthesizers. We’ve always, since our first record, used guitarists and sax players and live percussionists, singers. Chris and I play keyboards live. We’ve always brought in outside musical sounds, also because it gives you a better sound quality.”

Tennant has just one piece of advice for American consumers: “Listen to ‘Bilingual,’ because I think it’s a better album than ‘Very,’ and I’m famous for being the Pet Shop Boys’ biggest fan. I think we’ve written some of the best songs we’ve ever done.” 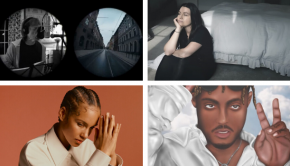 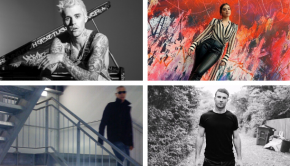