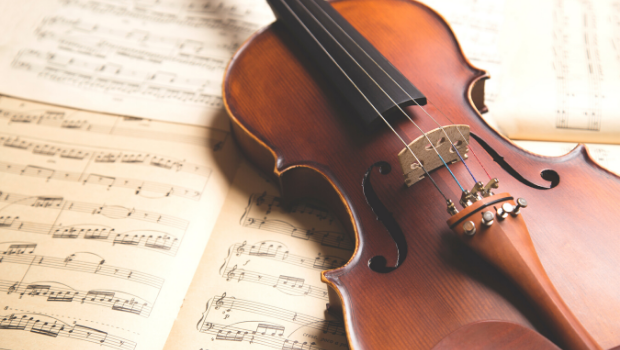 Most Influential Violinists of the Century

Achieving mastery in playing the violin instrument takes a lot of dedication and perseverance. Those people who’ve created a name in the industry have gone through tremendous hours of training and numerous failures to create a name / brand, in the field of violin.

Here are some of the most influential violinists that continue to inspire aspiring musicians even in the 21st century.

Acclaimed to be the most respected and finest violinist of all time, Heifetz’s 65 year career in violin continuously inspires all amateurs and professionals as he had shown that determination can take you a long way and will lead to creating remarkable compositions that will be recognized for several years.

While the music career of Paganini experienced ups and downs due to his vices (i.e. gambling and alcohol, the Italian violinist remained to be one of the greatest composers and musicians of all time. He is celebrated by his several compositions, especially the 24 Caprices for Solo Violin Op. 1, and recognized the techniques he had developed that is continuously adapted in today’s generation.

Known for his fireball tone, Enescu was considered as the God among the violinists for his contributions in the field of music.

The 60-year career of Oistrakh led to several acknowledgments – from winning a posthumous Grammy Award for Best Instrumental Soloist Performance with an Orchestra to achieving recognition as one of the superb violinists in the 20th century. Indeed, the years Oistrakh devoted in the music industry have truly paid off.

As one of the most popular classical violinists, Perlman is known for his eccentric techniques and expression. Started his career during his childhood, Perlman since then received awards, locally and internationally, for his ability to bewitch and fascinate his audience with his charm and skills in playing the violin.

Starting her career at the age of 16, Hahn was able to be acknowledged by international award-giving bodies that led her to the list of one of the most recognized violinists as of date.

Of course, any violinists would have Friedrich as one of the violinists they look up to. His expressions that speaks of passion and admiration for music made his compositions striking and memorable. Even until now, his recordings and performances are still commended for its authenticity and magnitude of emotions evoke in each note.

This Spanish violinist’s compositions are popular among the Western culture. He was one of the first who was able to include Mediterranean sounds to give classical music a different taste.

The accuracy in each performance of Milstein, even at the age of 82, made him one of the most respectable violinists of the century. His superb performances gave him a Grammy and his compositions serve as an influence and stimulation both for amateurs and professionals in refining their techniques and skills.

These violinists, even as decades have passed, continue to serve as an inspiration and motivation for all aspirants to cling on to their hope in creating a successful path in the music industry. Who knows, maybe you’ll be one of the violinists of your generation that will be written in books and whose compositions will be recognized all over the globe.