Don’t get him wrong, Mike Scott is perfectly happy being Mike Scott. But in the music industry, name recognition goes a long way.

Scott will always be The Waterboys, the literate, Celtic-rock group he formed in 1981 in London. Scott knows it, and he’s no longer fighting it. After two solo albums, he has gone back to using The Waterboys to identify his ethereal, sea-worthy sound.

“I made two records as Mike Scott and I enjoyed that,” he said recently. “It was a great experience for me. I needed to do it, to stand on my own born name. But I found out while doing it that people just don’t recognize my music under the name Mike Scott. They know my music by The Waterboys.

“I worked more than 10 years as The Waterboys, and I established the name and I don’t need to do it all over again under another name.”

The reinstituted Waterboys returned last September after seven years with “A Rock in the Weary Land,” released internationally on RCA. The album, a decidedly rock effort complete with backing choirs and strings, will finally reach U.S. stores in late summer via Razor & Tie.

The album has sold well on import, earning an impressive sales rank of No. 1,710 on Amazon.com, as of March 7. Fans have praised Scott’s return, calling it “vintage Waterboys.”

Back in Europe, where The Waterboys have toured for the past six months, the reaction has been mixed, Scott says.

“Some people are shocked by the sound, shocked by the distortion of the vocals,” he said. “They expect a cleaner sound, especially after the last record, which was ‘Still Burning,’ a Mike Scott record. It was a traditional rock record. When I lived in Ireland, the records I made – ‘Fisherman’s Blues’ and ‘Room to Roam’ – they had a folk sensibility to them. For me to swing wide right to a distorted, more extreme form of rock is a surprise, I suppose, to fans, and I understand that.

“That’s fine, but at the same time, they should expect surprises. My music has never stood still. The Waterboys have always changed and always will.”

Scott’s full-circle return to rock is just part of his musical evolution.

“I had not been listening to contemporary rock for many years since I made ‘This Is the Sea’ in the mid-’80s,” he said. “After that record, I lived in Ireland and got interested in Celtic music, gospel and country music. I heard Hank Williams and my life changed.

“Somewhere in the mid-’90s, I got turned on to contemporary rock music again, with people like Radiohead, with that great ‘OK Computer’ album, and Beck, and also some lesser-known groups like Cornershop, the Chemical Brothers, Flaming Lips and Mercury Rev. I got from those bands a sense that there was still a lot I could do with contemporary rock.”

Scott also found that he still had a lot to say, particularly about life in England.

“All the songs came within a concentrated period of time,” he said, “and I knew the album was going to have a particular flavor, a sort of combination of bleakness and grotesqueness I was perceiving in late 20th century British culture and all the cynicism around me.

“The quality of life in Britain has deteriorated a lot, and I spent 10 years living in other countries, like Ireland and the United States, living in New York City. When I got back to the U.K., I felt things had gotten nastier. There was more violence in the air. The comedians, you can tell a lot about a culture from what the comedians are doing, and the comedians were using cruelty to be humorous, which was a real shift. I know you guys like (David) Letterman and don’t mind being insulting to people, but it was a real different, below-the-belt kind of thing going on here.”

For all its faults, England is still home, Scott says, and he’s glad to be back.

“I liked living in New York for like the first six months,” he said. “I was in my 30s when I moved there. If I had gone 10 years earlier, I would’ve stayed probably for a long time, but I moved there in my 30s when I was in the period of my life where I was getting tired of the hustle and bustle.

“After a year or so living in Greenwich Village, I began to crave silence. I lived on a very noisy street – Hudson Street. God, the place would shake when trucks would go by. There was never any silence.”

A Waterboys U.S. tour, their first since the early 1990s, opened March 21 in Philadelphia and included a March 23 return to New York at The Roxy. The tour will give Scott a good idea of how “A Rock in the Weary Land” will be received stateside when it’s finally released.

“I think the reception should be significantly different than in Europe,” he said. “America has a great, discerning, sophisticated audience. You really know your rock ‘n’ roll.”

THE FIRST RECORD I EVER BOUGHT: ” ‘Last Night in Soho’ by Dave Dee, Dozy, Beaky, Mick and Tich in 1968. From the minute I bought that, I knew I had to be in music. My first album was ‘The Hollies’ Greatest Hits.’ “

THE FIRST CONCERT I EVER WENT TO: “Emerson, Lake & Palmer at the old Greens Playhouse in Glasgow in 1972, but the first great concert I saw was Paul McCartney and Wings.”

WHAT’S WITH MICHAEL JACKSON?: “I heard about his speech (recently at Oxford), and I thought he was quite gracious about his father. He said not to doubt your parents, to give them the benefit of a doubt. That was probably quite a lot for him to say. He has a right to be upset, though, with his dad, don’t you think? He didn’t have a childhood.” 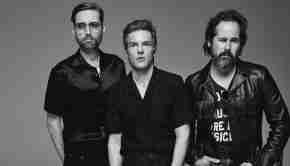 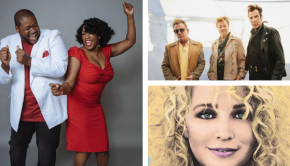 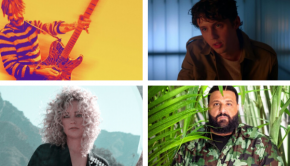