Members of Morphine carry on in Mark Sandman’s name

Closure is one of those dreadful psycho-babble terms so overused by therapists and other mental-health experts that it’s rendered useless.

Morphine saxophonist Dana Colley hates that word as much as the next person, but he can’t come up with a better way to describe the feelings he and drummer Billy Conway have about “The Night,” the group’s final album with lead singer-bassist Mark Sandman.

Sandman collapsed and died of a heart attack during a July 3 concert last year at the Giardini del Principe in Palestrina, Italy, outside Rome. He was 46.

Before the band left for its European tour last year, Sandman delivered the final tapes of “The Night” to their label, DreamWorks Records. Recorded over two years at his Hi-N-Dry home studio in Cambridge, Mass., Sandman oversaw the production and had taken the trio’s non-traditional rock sound – a power trio built around a two-string slide bass, a baritone saxophone and drums – to the next level.

“The Night,” a fitting tribute to Sandman’s minimalist, unpretentious vision, was released Feb. 1.

Colley and Conway have had little time to grieve since Sandman’s death. They organized a memorial concert in his honor, worked on the artwork for “The Night” and have formed the nine-member Orchestra Morphine, which will perform songs from “The Night” in a series of concerts over the next 30 days and possibly into the summer.

They do it, Colley says, because Sandman would have wanted it that way.

“We’re trying to find a process that makes sense and keeping our eyes out there on the horizon and just trying to reel it in day by day,” Colley said recently. “What needed to be done was, from day one, get the record going, get it out there. Mark had sequenced it, so it was like ‘let’s get the artwork together and put it out there as it should be.’ It’s a celebration of Mark’s life. We thought, ‘Rather than sitting on it and waiting, the time is now to do it.’

“Ultimately, you feel the loss, but at the same time you realize that this is an important thing to do. That keeps you focused. In a way, it is closure. It’s not a fun word, but that’s what this is, closure. It wraps up everything nice and neat.”

For the Orchestra Morphine tour, Colley shares lead vocals with Christian McNeill and Conway’s longtime girlfriend, Laurie Sargent. (Sargent was lead singer of the Boston rock group Face to Face in the 1980s; they had a Top 40 hit with “10-9-8” in 1984 and appeared as the backup band in the film “Streets of Fire,” for which Sargent sang actress Diane Lane’s vocals.)

Colley credits Sargent with helping him and Conway deal with losing their friend and band mate.

“She was kind enough to help Billy and I out by singing these songs,” he said. “When we were trying to get these songs together for a memorial concert after we got back from Italy, she helped us a lot. She said, ‘Till you get someone else to sing them, I’d be happy to help you rehearse these.’ As it turned out, she sounded so great, it made sense for her to sing more. She’s an incredible singer and performer and her energy is welcome. It didn’t matter whether a man or a woman was singing these songs. It works because the songs hold up to it. These songs can be sung by anybody and given a different feeling.”

Closure will be especially bittersweet this summer when Orchestra Morphine likely will tour Europe, culminating in a return to Palestrina.

“We want to take it back to the Palestrina, where we were when Mark died, and have a send-off so the fans can have a place to go with their feelings,” Colley said. “I can still remember their faces. It was dead quiet that day. No one moved, no one went anywhere.

“I think a lot of people feel somewhat at a loss, but it’s hard for them to share it with people around them because other people might think, ‘It’s just another singer, why do you feel so bad?’ Our fans had a great musical connection and personal relationship with the band and with Mark. They need a place to come, hear the music and celebrate what he did.”

Before forming Morphine in 1991, Sandman led the Boston blues-rock quartet Treat Her Right, with Conway on drums. Their self-titled debut RCA album was a moderate success in 1988, climbing to No. 127 on Billboard’s Top 200 and staying on the chart for four and a half months. The bluesy single, “I Think She Likes Me,” distinguished by the blues-driven guitar of David Champagne, cracked the Top 15 on the album rock tracks chart.

After two more albums, the band dissolved in 1991, allowing Sandman to explore other musical avenues with a variety of side and solo projects.

“I first met him when he was playing onstage at a place called the Rat,” Colley said. “My band was playing the same night, a five-piece band called the Collers, a pop band that played as much tambourine as saxophone.

“I remember seeing Mark play guitar and singing and realizing, ‘Hey, this guy’s good.’ It had some kind of soul to it. It wasn’t some kind of Elvis Costello ripoff or a Jam wannabe, which seemed to be everywhere in the ’80s. This was something that was going back to more roots rock, something I listened to when I was growing up and something that was never a hit. Punk polished off every kind of respect for everything before that. To listen to anything before (punk) was automatically passe. Hearing those inclinations in Mark’s approach to music was really refreshing.”

Then Sandman dreamed up Morphine, an outlet for his pop-noir narratives and affection for low-end sounds.

“We wound up playing together in a room, just me and him,” Colley said. “He had a one-string slide bass he was working on and I had this baritone sax that was given to me by my father. I was learning that, and he was learning his handmade instrument. A kind of light bulb went off, certainly in his head. I was like, ‘Cool, okay, I’ll jam.’ I had no real anticipation of making anything out of it. Morphine was just a fluke, really. You just don’t expect those kinds of things to happen and to have that kind of impact.”

Morphine quickly became a critics darling. Their debut album, “Good,” was initially released by Accurate/Distortion in 1992, then was picked up and reissued two years later by Rykodisc. The band’s fan base blossomed with each subsequent album – “Cure For Pain,” “Yes” and 1997’s “Like Swimming,” jointly released by Rykodisc and DreamWorks.

“People enjoyed hearing it because I think it retained the energy of what we were listening to and what was going on in clubs at that point, like a real heavy grunge thing,” Colley said. “It retained that energy but doing it with different instruments. It wasn’t guitar, bass and drums. It was two-string slide bass, baritone saxophone sometimes or tenor sax or sometimes both baritone and tenor sax together and drums tuned in a way that was unique.

“The taste of the day was that cracking snare and driving bass drum, but this was more of a total sound of drums. That was a different approach; it found its way into the ear, in a live setting, when a lot of people then were trying to hit people over the head with a fuzz pedal or something. The power trio is a beautiful thing, and we did mold ourselves after that. Some of my favorite bands are trios, like Hendrix and a lot of the jazz trios. There’s a magical energy about them, especially with Mark singing and playing. It really allowed me a lot of room to develop as a musician.”

They had their disagreements, as all bands do; what tears up most bands only made them closer, Colley said.

“I did tell him how I felt about him,” Colley said. “In fact, he probably thought I gave him a lot of stick and stuff, but you’re all trying to get the best and you don’t want to compromise, so therefore if you’re mad at someone, you’re almost obligated to tell them right then and there. We had that kind of relationship. I felt like I could tell him I didn’t agree with him; he might not like hearing it and we might end up arguing about it, but the end result was ‘The reason I’m telling you this is because if I didn’t love you, I wouldn’t care. I wouldn’t say anything.’ “

In the end, Sandman died doing what he loved best: playing music, with his friends, and for their fans.

“That’s something that’s almost unbelievable in itself that it happened that way,” Colley said. “Still, you’re never ready for it. We really miss him.”

THE FIRST RECORD I EVER BOUGHT: “I think it was a Beatles single. I used to buy a lot of 45s. I remember having the ‘I Want to Hold Your Hand’ 45, and I think ‘I Am the Walrus’ was on the other side. I played it over and over again. I liked the ‘I Am the Walrus’ side better because it was so trippy for my little ears. I think the first full LP that influenced me was Led Zeppelin’s first album; my dad had brought it home because one of his students loaned it to him. I remember listening to it for the first time and feeling like I was pinned to the wall. It was fascinating stuff.”

THE FIRST CONCERT I EVER WENT TO: “David Crosby and Graham Nash at Tanglewood (in 1972), and there was some talk that everyone else was going to be there, that Neil Young and Stephen Stills were going to show up. But they didn’t show up. Crosby and Nash were playing electric guitars, just the two of them, and there was a complaint from a neighboring town and they were forced to turn down the guitars, at which point they said, ‘Well, half the set we learned on electric guitar, so we’re going to have to take requests.’ They sat down in chairs with acoustic guitars and people shouted out requests. They took one after the other. There was a rapport between the musicians and the audience that was special, you could tell.”

THE LAST CD I BOUGHT: “I just went on a little binge recently. I got Dr. Dre’s ‘The Chronic,’ and I got the Pixies’ ‘Doolittle’ and a Leftover Salmon record and an early Sly & Robbie CD.”

BWF (before we forget): Shortly after Sandman’s death, the Mark Sandman Music Education Fund was established in Cambridge to benefit music-related programs for children. Donations can be mailed to Morphine, Box 382085, Cambridge, MA 02138. 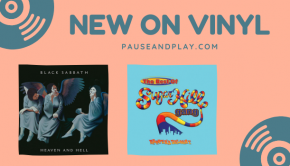