Martin Sexton’s big-label premiere, “The American” (released Oct. 6 on Atlantic), has something for every American.

It’s such a diverse record, Sexton says, he can’t imagine there’s not one tune that someone can sink their teeth into.

“I made it that way because it’s the way I like it. I’m not trying to appease any audience; I’m just saying, ‘By the way, it happens to be a reflection of who I am as an artist on this record.’ “

The Boston-based poet-musician is another do-it-yourself success story. He went from busking on street corners and playing the club circuit to recording a self-produced album of demos, “In the Journey,” which sold more than 25,000 copies in 1992 and earned him Boston Music Awards for best male vocalist and songwriter. After his 1996 album, “Black Sheep” (on Eastern Front), sold more than 30,000, Atlantic entered the picture and Sexton stuck to his guns, demanding creative control over future albums.

“If they had said no, then I would have said, ‘Thank you and nice talking to you,’ ” Sexton said recently. “The deal was such that I could have say on how to make the record and how to present myself and my songs, because I wasn’t going to deal with anyone that wasn’t going to let me do that. I would just as soon put out my own records or stay independent. But I think they had confidence in my art and my craft and they knew that I could make good records.

“I had come close so many times to major-label deals in my past and then they fell through at the last minute. Any artist is accustomed to rejection; any good artist has got to know rejection because for every one step forward, there’s 10 backwards. So you have to make 11 steps for every one that you get. That’s the nature of any business, really. Any salesman has to make 10 pitches before he gets one bite; any fisherman’s got to cast out 20 times before he catches a fish. Art is no different. I just went out there and played.”

The early returns on “The American” have been effusive. Billboard’s editor in chief and most influential writer, Timothy White, said the album “deserves to make Sexton a household fixture.”

“I think it was a blessing in disguise that I didn’t get a big label deal way back then,” Sexton said. “I think God was telling me that ‘You need to go and make records and see how it’s done so you can know how to do it yourself and be true to your art.’

“It’s been a long time; I’ve been in the trenches doing it for so long. Whatever happens, no matter what corporation is behind my records, I’ll be out singing. My live show will remain. That’s all I wanted to do was sing and play.”

BWF (before we forget): Salute Martin Sexton and “The American” on the Web @ www.martinsexton.com. 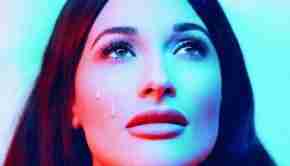