Marillion’s ‘experiment’ is in its 10th year

It took several years and many wads of crumpled-up scratch paper, but Marillion lead singer Steve Hogarth finally has written his definitive song about the rise and fall of a rock ‘n’ roll animal.

“Three Minute Boy,” off the British rock quintet’s EagleRock/Velvel debut album “Radiation” (released Oct. 27), is a behavorial study of a young man who longs for rock stardom and gets his wish but is faced with more than he can handle emotionally. He’s “here today, gone this afternoon, another tune we almost remember.”

“Over the last few years, I’ve been trying to write about what it’s like to be famous and also try and articulate the psychological damage that fame does to people,” Hogarth said recently. “That’s from a point of view from what I’ve read and witnessed around me, and it’s also from a point of view of what I’ve felt myself and the potential for that self-destruction. In becoming aware of it, I can guard against it. Only up to a point, there’s still a degree to which fame unhinges a person. There’s a hundred reasons of how that process works.

“Back when we did (the 1995 LP) ‘Afraid of Sunlight,’ I was trying to examine that with my tongue in my cheek, more pointedly with a song called ‘King.’ It was inspired by the undoing of O.J. Simpson and the undoing of Elvis and the suicide of Kurt Cobain. I also took a stab at it in a song called ‘You Dinosaur Thing,’ which is on the solo album I did; that song is about fashion, but it’s a song about the star as fashion victim and what a star does after fashion moves on and leaves him out in the cold and the fact that rock ‘n’ roll stars aren’t supposed to get old, that when they do get old they become for the most part a creature to be ridiculed and no longer taken seriously as a creative artist.”

The three-minute kid, who spent his youth “staring at the TV watching other people have fun,” writes a song on a lark and by some quirk of fate it becomes a massive international hit.

“He becomes a big star,” Hogarth said, “and there’s that sudden massive change of his own self-image, from being nothing to being everything.”

In typical rock fashion, the newcomer is romantically linked with an actress.

“I was really thinking of Liam (Gallagher of Oasis) and Patsy Kensit, how a rock star’s girlfriend has to measure up,” Hogarth said. “There’s a mechanism whereby certain rock ‘n’ roll stars try to live the life that’s expected of them and that’s happened again with Noel Gallagher (Liam’s brother) here in England; he’s bought this sprawling countryhouse and he’s trying to build his own version of Graceland inside it. It’s become kind of a shrine to the Beatles and to himself.”

From start to finish, “Three Minute Boy” is riddled with classic-rock references.

“First of all, there are obvious references in the musical style,” Hogarth said. “I was trying to make a marriage between the ‘Hunky Dory’ period of David Bowie and ‘Hey Jude’ of the Beatles. The Beatles get a mention in the line ‘Now they scream, as they run after him, like a dream, like Elvis and the Beatles,’ about these kids chasing him down the street.

“There are many, many references, some are overt lines that I’ve stolen, like ‘All the money’s gone’ is stolen from side 2 of ‘Abbey Road.’ ‘The girlfriend’s gone off with the Jag, gone back to her mum and dad’ is stolen from a Kinks song called ‘Sunday Afternoon,’ where the second verse says ‘The girlfriend’s gone off with my car and gone back to her ma and pa with tales of drunkenness and cruelty.’ It’s out of respect to Ray Davies, and there’s a nod of respect toward Lennon and McCartney here and there. And the big movement where it suddenly goes from piano into the big change of rhythm, that’s kind of a parody of the middle of ‘Space Oddity.’

“The whole song is a wrapped-up mishmash of the history of rock ‘n’ roll and telling the story of this young kid who becomes famous and makes all the same mistakes. That isn’t to say it’s his fault, because it’s very hard not to make those mistakes when the whole thing happens to you. They’re not even mistakes, they’re just cause and effect.”

Hogarth easily could have fallen victim to the rock trap himself when he replaced Fish as Marillion’s lead singer 10 years ago. At the time, the artsy rockers – guitarist Steve Rothery, keyboardist Mark Kelly, bassist Pete Trewavas and drummer Ian Mosley – were known worldwide for their 1985 hit, “Kayleigh,” and a series of melodically and lyrically complex albums.

Two things were in Hogarth’s favor: He was 30 when he joined the band in April 1989, and he had experience in other bands, namely The Europeans and How We Live.

“If it happened when I was 22, I think it would’ve unzipped me,” Hogarth said, “but my skin had become thickened with a few layers of cynicism by then. Also, I had a lot of good people around me, by that I mean the rest of the band, because these guys had already been there and done it. It hadn’t really gone to their heads; they dealt with it quite well.

“I suppose I was catching them down the other side of the mountain, because it must’ve come as a terrible shock to them when Fish left and they all had to come to terms with that. In that sense, that brought them down from their cloud of fame and success and they had to think long and hard about who they were, what they were, why they respected themselves.

Best of all, Hogarth said, he wasn’t pressured by anyone to emulate Fish’s Peter Gabriel-influenced style.

“When I first met these guys, I said, ‘What do you want me to do?’ ” Hogarth said. “What they could’ve done was put their last record on and said, ‘It sold this many million copies, and do you think you can do that? Because if you can, we can all make a lot of money.’ If they wanted me to sound like Fish, I wouldn’t have joined the band. No amount of money would’ve been worth that.

“As luck would have it, when I asked them what they wanted me to do, they just said, ‘We’ve heard what you do and we really like it. We just want you to do what you do, and we’ll do what we do and we’ll marry it all together and we’ll see what happens.’ Creatively, I had nothing to live up to. It was an experiment. All I had to do was excel within my own idea of what excellence is.” 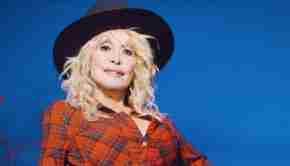 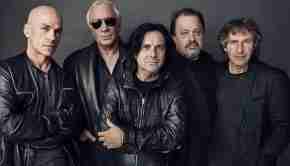