They haven’t had a studio album in four years, but Los Lobos hasn’t by any means been taking it easy.

After the critically lauded “Kiko” in 1992, the Los Angeles-based roots-rock quintet released a greatest-hits package; cut tracks for three movies; contributed to no less than five tribute albums (ranging from Jimi Hendrix to Johnny Thunders); toured the world over; two members – drummer Louie Perez and singer-guitarist David Hidalgo – did a side project called the Latin Playboys in 1994, and along the way, they snapped up a Grammy Award in March for best pop instrumental song, “Mariachi Suite” (from the “Desperado” soundtrack).

“We’ve been playing all that time since ‘Kiko,’ ” Hidalgo said recently. “We just weren’t as visible as we were in the past.”

The soundtrack and other extracurricular activity, among other things, afforded the band members more time with their families. But not ones to rest on their laurels, they have returned with “Colossal Head” (Warner), perhaps the group’s most authentic rocker to date, replete with revved-up instrumentals and hi-fi intensity.

“This was a really fun album to do,” Hidalgo said. “Somehow or another, you have to use the studio, but now it’s becoming more of a fun situation to be in.

“This session was more similar to ‘Kiko,’ where we would not rehearse and try to have a looser working atmosphere in the studio. It’s more or less a spontaneous thing now. There are demos made and so some of the songs have been thought out pretty much, but I think capturing a first impression is the main thing, right when it’s fresh. People try to grasp on to it and are excited about the idea and then you capture that on tape.”

Case in point, the rhythmic “Mas Y Mas.” Hidalgo said they liked their first take but went ahead and did a few more versions before realizing the first one did the trick.

“Colossal Head” was released in late March, later debuting at No. 81 on Billboard’s pop albums chart. It stalled there and has since fallen to No. 177 this week. The album also received an uncustomary weak review in Rolling Stone magazine – its 2-star rating was surprising in light of typically favorable reviews throughout the country.

“I try to pretend that it doesn’t bother me,” Hidalgo said, “but I guess if I sat down and read it, it probably would bother me if they said something I didn’t agree with. But it’s not going to change anything. We’re still very proud of this album.” 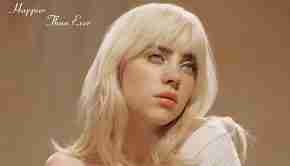 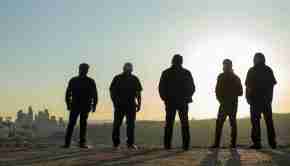