As soon as he heard about the massacre at Columbine High School in Littleton, Colo., Local H singer-guitarist Scott Lucas had a sinking feeling the group’s April 30 appearance with the controversial Marilyn Manson at Denver’s Red Rocks Amphitheater would be canceled.

“I got a call (last week) that it’s possible that the authorities had gone onto these little morons’ Web site and saw Marilyn Manson lyrics on it,” Lucas said recently. “Now they’re thinking about canceling the show and I know that they will because everyone’s too much of a pussy to stand up and say, ‘Look, that’s not the reason this happened.’

Local H had been scheduled to perform with Marilyn Manson and Second Coming at a concert marking the 35th anniversary of Denver radio station KPBI-FM, but the show was canceled at the request of Denver Mayor Wellington Webb.

Marilyn Manson, subsequently, postponed the final five dates on his latest tour out of respect for the Columbine victims.

Lately, Lucas and drummer Joe Daniels can’t buy a break. Local H’s third Island album, “Pack Up the Cats,” was released last September amid a mega-merger between Island’s parent company, PolyGram, and Seagrams, which owns Universal. Any momentum the duo had was quickly erased, Lucas said.

“We’re fine if you take in account how many people, how many bands have been dropped,” Lucas said, “but when we put this record out, people were more worried about whether or not they were going to have a job than working our record. Everyone has tried and is still committed to it, so that’s probably why we’re still doing okay. No matter how hard they try, we’re still losing momentum. That sucks.”

“Pack Up the Cats,” featuring the revved-up singles “All the Kids Are Right” and “All Right (Oh Yeah),” was universally hailed for its album-long theme of a small-town guy who makes it big but can’t quite handle it. The album also brought back Cheap Trick-style melodic rock, Lucas’ personal mission statement.

“Rock’s not as prevalent as I’d like it to be on TV and on the radio and on the cover of dumb magazines,” he said, “but that doesn’t mean there aren’t any great rock bands out there. If you’re the kind of person who’s always looked for the good music to be on the radio and on TV, you’re living the life of disappointment. Growing up, none of the bands I listened to were on hit radio, like the first couple of Ozzy Osbourne records.

Local H is more than willing to carry the rock torch, Lucas said.

“It becomes more important to me as it goes on that I can leave this whole thing with my integrity intact,” he said. “If I can do that, it’ll be all right. It won’t matter how much money we’ve made, it’ll matter that people can look back and say, ‘Well, those guys never did anything too embarrassing.’ “ 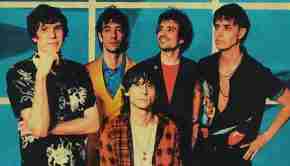 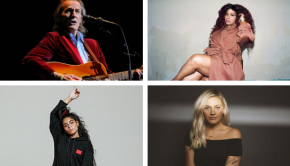