Kenny Lattimore speaks from ‘The Soul of Man’

Kenny Lattimore is not only a silky smooth-voiced sex symbol for women, he’s a godsend for men.

On his second Columbia album, “From the Soul of Man” (released Oct. 13), the Washington, D.C., native tries to break down the communication barriers between the sexes. His romantic words and lustrous delivery can do more for couples than anything Dr. Ruth can muster.

“For the most part, I wanted this album to be about men approaching relationships intelligently,” Lattimore said recently, “and I wanted it to be a project that lifted the lid off what we can call secrets that we’ve kept, things that we should say but don’t always say because being men we have different stereotypes, different kinds of pressures about what is strength, what is macho, but at the same time I think you have to be a person of strength to be able to talk about your faults, areas that could be better in your personality, in your communication or whatever. That helps to enhance your relationships in the future.”

On several tracks, notably the first single, “Days Like This,” Lattimore delves into everything men have always wanted to know and say about relationships but were afraid to ask.

“When I was writing the record and thought about who would be involved, to assist me in writing, I had conversations with men,” he said. “The songs are like Kenny’s experiences, Kenny’s observations and Kenny’s conversations with other men, so that way it wouldn’t be just about the soul of a man, Kenny, but it would be broader and touch on experiences that I haven’t had personally but that I relate to and understand.

“Like ‘If I Lose My Woman,’ that was a conversation I had with Daryl Simmons; when he mentioned it, I had to think about it in order to help the song, but he was writing from his experience. On ‘Days Like This,’ that came out of a conversation with a few fellows who are in relationships. One guy was like, ‘You know, sometimes I wake up in the morning, I look at my girl and I hate her nose.’ He would pick her apart; it was like he was almost looking for a way out, and that’s not what he wanted, but he was just confused. He said, ‘I know I love this woman.’ Generally, this happens when guys have been players, playboys all their lives and then they come to a point where it’s close to being a commitment and it’s just an unusual and vulnerable space for them.”

On “Tomorrow,” Lattimore draws from his own experience.

“In my industry, you’re dealing with being constantly on the road and you’re trying to bring something to the table in terms of relationships,” he said. “Sometimes there’s pressure for guys where they’re caught up in providing for their loved ones and we forget about the other elements of the relationship, the real quality times spent with women.”

The album’s centerpiece is a penetrating cover version of Donny Hathaway’s “I Love You More Than You’ll Ever Know.”

“Since the album was titled ‘From the Soul of Man,’ ” Lattimore said, “I thought it was perfect for what I wanted to say and tell it with a heartfelt passion.

“We did most of the album in Philly. I guess we were basically reaching back for that old-school era, especially when I was doing the Hathaway tune, making sure that we captured that whole ’70s soul passion and distribute that kind of passion throughout the songs.”

Lattimore, in fact, has made quite a career out of doing just that. His self-titled debut album was a gold-seller in 1996 and spent more than a year on Billboard’s R&B chart, and his first hit, the Grammy-nominated “For You,” became a staple at weddings.

“I’ve had more men than women approach me and say ‘Thank you for saying these words,’ ” Lattimore said, “because the songs became a vehicle for them to express their feelings to their women, especially ‘For You.’ I had a lot of men come up to me and say, ‘This is exactly what I wanted to say.’ I’m hoping the same thing will happen with ‘From the Soul of Man.’ So far so good.

“I try to be sensitive about my male fans and not act like it’s about the ladies, because it never is. You try to balance things out so that everybody can relate to it and it’ll be real, not just one-sided. It’s not a marketing thing, like ‘I just want all the women to love me. I want the panties thrown to me onstage.’ It’s so much deeper than that. I really am a promoter of relationships, and the way I can do that is to speak to men and women.”

Not unlike Luther Vandross, one of his greatest influences.

“He’s basically who I’ve patterned my career after, although I don’t really sound anything like him,” Lattimore said, “but in terms of how he approached his career and singing the ballads, delivering them live and creating a moment for couples and creating a fantasy for singles. And he’s been in the industry for like 20 years; that’s what I want, a career.”

Lattimore’s career had an inauspicious start in the mid-1980s when he fronted the vocal group Maniquin. They snared a deal with Epic Records in 1987, but they split up a year after their 1989 debut LP failed miserably.

“In doing that album, it was a great experience,” Lattimore said, “and I was able to work with Ronnie and Charlie Wilson from The Gap Band and Charlie Singleton from Cameo. However, with it not being commercially successful, I lost everything I had. I did as many gigs as I could to survive, and eventually I had to move back home with my father. Having that experience, though, helped me to put things in perspective for this album. For me, it’s really about the music and me being able to live out my dream. Singing for a living is totally a dream come true.”

Even though he’s well on his way – “From the Soul of Man” debuted this week at No. 71 on Billboard’s pop chart – he’s still counting his blessings. “I have a lot of people come up to me and say, ‘You’re nice, you’re down to earth,’ ” he said. “I guess people expect artists to be on a star trip, but my past experiences have totally left me with my feet firmly planted.”

BWF (before we forget): Groove on Kenny Lattimore on the Web @ www.kennylattimore.com. 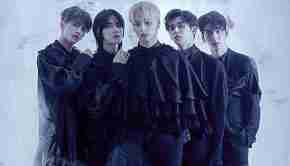