John Oates goes to the MAX for TV music service

Sit back and relax, John Oates thought to himself, it’s just another boring cross-country flight.

Don’t even bother to buy the headsets. Throw the honey-roasted peanuts into the briefcase and catch some shut-eye.

But something was in the air that day for one-half of the rock era’s No. 1 charting duo, Daryl Hall & John Oates.

“I’m sitting next to this guy for like three and a half hours, and we didn’t say a word to each other,” the New York native says. “Then near the end of the flight, as we were about to land, he pulled out a Car & Driver magazine. Since I like cars, we just struck up a conversation.

“In about 15 minutes, he asked what I did and I asked him what he did. Turns out he was involved in direct-response television and I was in the music business, obviously.

“He said, ‘Boy, we should get together and do something.’ And I said, ‘Sure.’ He handed me a card and I handed him mine; we called each other and started batting around ideas.”

Oates and his new partner, award-winning producer J.W. Roth, originally had a concept of using direct-response TV to break new artists. They met with record labels, all of whom were enthusiastic, Oates says. With that mandate in mind, they drew up a proposal, only instead of concentrating on one artist, they would create a “televised record store.”

With four one-hour shows already in the can and more on the way, Oates and Roth are launching “MAXMUSIC” on April 16 via E! Entertainment Television and Jones Intercable Systems.

Hosted by Bill Curry and Leeann Viera and produced in Denver, “MAXMUSIC” – with its main focus on classic rock from the ’70s and ’80s – mixes live and taped interviews and performances with videos, music trivia, memorabilia, and of course, an 800-number so viewers can order CDs and cassettes at competitive rates (most CDs cost $11.98, cassettes $8.98).

Nashville certainly isn’t left out. A “MAXCOUNTRY” version is in the works and could pop up anytime on TNN. And Oates and Roth haven’t given up on that original idea of breaking new artists. They’re developing a format to do just that.

Is all this a glorified infomercial? Well, yes, it’s in that genre, Oates says, but “MAXMUSIC” has entertainment value and admittedly its purpose is to sell music.

“We are a record store on television,” he says, “except instead of the guy behind the counter staring at you and pressing the cash register keys, our hosts are kinda funny.”

Any Hall & Oates news to report?

“No, not really. We’re still together but not together,” Oates says chuckling.

Actually, Hall is finishing up a solo tour, and there’s talk of a box set with some new material later this year.

BWF (before we forget): Hall and Oates are back together again. They resurfaced in September 1997 with “Marigold Sky,” their first album of new material in seven years (on BMG-distributed Push Records). … The Hall and Oates album discography. 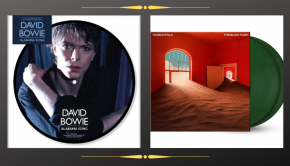