In Remembrance: Music Greats We Lost in 2019

Gary Stewart gave me a tour of Rhino Records, handed me a stack of records on my way out and made sure I stayed on Rhino’s mailing list for 20 years. He still remembered me years later when he was at Apple Music. He was a gentleman, and the most knowledgeable music man I’ve ever met.

I interviewed Dick Dale over the phone a few weeks before my wedding, then my groomsmen surprised me during my bachelor party by taking me to see Dale at a club in Tampa. I got to shake his hand and thank him for his graciousness.

Got to talk to Dr. John early one morning (he was groggy, he admitted he wasn’t a morning person) and chat about his first live album, the Grammy-nominated “Trippin’ Live.” He was a trip.

An outgoing Eddie Money got choked up thinking about what Bill Graham meant to his career. The hits had stopped coming for Eddie, but he was on top of the world with his wife and growing family. He was an easy, easy interview. He could talk about anything.

Kim Shattuck talked about The Muffs being canned from Reprise, that they didn’t get mad or try to get even, they just went out and made the most commercial-sounding album of their career (“Alert Today Alive Tomorrow”). She was bright, funny and self-deprecating.

I spoke with Peter Tork right at the height of The Monkees’ mid-’80s resurgence. He was enjoying every minute of it.

Every year we lose so many notable musicians and other music-related figures: 2019 cut close to home sometimes, and other times, it was just plain sad.

Today, we are thinking about the ones we lost.

Emil Richards (session musician who performed with Frank Sinatra, George Harrison, Frank Zappa and many more; he also did the finger-snapping on the “Addams Family” theme and played bongos on the “Mission: Impossible” theme)

Andrew “Greedy” Smith (lead singer of Mental As Anything)

Micheal W. Smotherman (country songwriter-producer; penned “Do I Ever Cross Your Mind”)

William Cox (of the Grammy-winning bluegrass band The Cox Family)

Diahann Carroll (pioneering actress-singer; she was the first black woman to win a Tony Award for best actress, for Richard Rodgers’ “No Strings”)

Bat McGrath (singer-songwriter; a member of The Showstoppers and McGrath and Potter)

LaShawn Daniels (Grammy-winning songwriter-producer; “The Boy Is Mine,” “Telephone,” “Lose My Breath,” “You Rock My World”)

Lol Mason (of City Boy and The Maisonettes)

Art Neville (founding member of The Meters and The Neville Brothers)

Bill Vitt (session drummer who worked with Jerry Garcia, Merl Saunders and the Sons of Champlin)

Dick Boccelli (drummer for Bill Haley and His Comets)

Gary LeMel (music supervisor for such movies as “The Bodyguard,” “The Big Chill” and “Ghostbusters”)

Jim Pike (co-founder of The Lettermen)

Geneviève Waïte (actress/singer-songwriter; ex-wife of the Mamas and the Papas’ John Phillips and mother of Bijou Phillips)

Melvin Edmonds (After 7 singer and older brother of Babyface)

Leon Rausch (the voice of Bob Wills and His Texas Playboys)

Norma Miller (the “Queen of Swing”)

Joe Terry (Danny and the Juniors)

Les Reed (songwriter; wrote “It’s Not Unusual” and “Delilah” for Tom Jones, plus “There’s a Kind of Hush,” “The Last Waltz,” etc.)

Joe Quijano (“The King of Pachanga”)

David White (Danny and the Juniors)

Stephen Fitzpatrick and Audun Laading (members of the Liverpool band Her’s, killed in a car crash)

Ethel Ennis (jazz singer who walked away from fame)

Whitey Shafer (country songwriter; “All My Ex’s Live In Texas,” “Does Ft. Worth Ever Cross Your Mind,” etc.)

Steve Ripley (guitarist and leader of The Tractors) 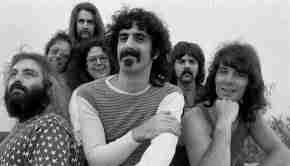