Get to know … Tori Sparks and these other ReverbNation artists

Chicago-born, Florida-raised Tori Sparks is the epitome of DIY: If you want to do it right, do it yourself.

The 31-year-old singer-songwriter has six albums to her credit, including “El Mar,” released last month as a digital download via Glass Mountain Records. After attending Florida State University on a full scholarship, the music major moved to Nashville to pursue her solo career. Itching to expand her horizons, she then moved to Europe, toured extensively and eventually ended up in Barcelona, where she’s soaking up the music and culture.

Pause & Play caught up with the busy Sparks in an email interview.

Pause & Play: You’re a Florida girl. How did you end up in Barcelona?

Sparks: Sometimes I wonder that myself! The short version of the story is that I had been touring full-time since I’d graduated from college, using Nashville as a base but spending most of my time on the road. I’d started touring overseas a little, and was really pleased with the reception I was getting in Europe in general. I decided that I wanted to invest more time touring overseas, and planned to move to Paris, where I’d studied for a short time when I was in college, and make that my base. I went to visit Barcelona on a whim at the end of a fruitless apartment-hunting trip in Paris, and fell in love with the city. I went back several times and ended up moving to Barcelona just over three years ago. Same plan, different city.

P&P: For your new album, “El Mar,” what was your manifesto, a goal you wanted to achieve?

Sparks: I believe that an album is always going to be a snapshot of where you’re at, musically and personally, at the time that you make the record. I’d started experimenting about tow years ago with these “fusion” arrangements with the musicians that make up the band Calamento, and was really excited about the results. It was a mix of styles that felt natural because it incorporated many of the Spanish musical influences that I’d picked up in my time living in Barcelona, and traveling around the rest of Spain, without us consciously trying to sound more “Spanish,” or less “American,” or visa versa. It also wouldn’t have made sense to record an album that I easily could have recorded in Nashville over here in Spain – this fusion album ‘El Mar’ really reflects this most recent leg of my musical journey, so to speak. The album art is all in black and white, and the photos are simple, shot when we were rehearsing. I really wanted the focus of the album to be on the collaboration between myself and the band, and the marriage of our various musical and cultural backgrounds, and not distract listeners’ attention with overly flashy images.

P&P: Was it hard to marry your style of blues and rock with Spanish music?

Sparks: In general, the mix of styles came very naturally – surprisingly naturally, actually! The percussion player Javi, and bass player Ramon are most “fusion” players than strictly Flamenco players anyway, and for my part, although Spanish music is relatively new to me, I felt a deep affinity for the rhythms and the harmonic progressions from the beginning. I think when you love what you’re doing, the effort that you put into it may be enormous, but it never feels like work. It’s too exciting. That’s how I felt during these rehearsals. Admittedly there were moments when each of us had to work harder than usual to adapt to the arrangements that were taking shape. Vocally, there are some songs that were more of a challenge than usual. In some ways the Spanish guitar player, Pepe, had the hardest job in trying to adapt his Flamenco style to a couple of the songs that were more rock or blues-based, but all of the musicians have been extremely open-minded, and I think I can speak for all of us when I say that the project has been worth it.

P&P: What have you learned about the music and culture of Spain over the past three years?

Sparks: There are so many aspects of Spanish culture that just feel like home these days, and if I came back to the States I’d feel like something was missing. For example, the fresh food in the markets, the idea of walking instead of immediately jumping into a car, Flamenco music (which is more typical of the south of Spain than the part where I live, actually) – the way that language is used, the architecture, just the feeling you get from living here. It’s difficult to explain. It’s like trying to explain the feeling you get from the atmosphere of New York City or Austin or San Francisco – it’s the little details that make you fall in love with a place. I do miss the States, but I feel like I belong somewhere in between the two cultures these days. The one thing I’m still trying to learn to adapt to here is the way of doing business. The cliche of “mañana” exists for a reason, it’s too laid back and disorganized for my tastes. (However, I also tour a lot in Germany and Switzerland and Denmark, where if you arrive at 5:02 for a 5pm rehearsal, you’re considered to be late. It’s the exact opposite side of the spectrum.) Live over here is a melting pot of cultures, it’s never boring.

Sparks: At the moment we just released the first single and music video, “Everybody Knows,” and we’re about to release this new album on the 16th of October. We have CD release shows and various promotional appearances planned in Barcelona and other parts of Spain. After that, I plan to be on the road as much as possible in the coming years. I have some shows set up in Germany and other places in 2015, the idea is to revisit cities I’ve toured through before, but with this new project with Calamento. I would love to be able to bring them along on a US tour, too. I’ve talked with the guy who directed our new music video about coming along an doing a documentary on the experience – we’ll see if we can make it happen, though that wouldn’t be until 2016.

P&P: What’s the first record you ever bought?

Sparks: I definitely remember being in love with Jordan from New Kids on the Block when I was maybe 5 or 6 years old, but I’m not sure if I should admit to that on the record! (And I’m pretty sure my parents bought it for me, anyway.) Maybe a better question would be “what is the first record you ever stole?” Before I had any disposable income of my own, I remember permanently “borrowing” tapes of the Best of Bowie from my aunt and Janis Joplin’s greatest hits record from my mom. Their music was just so different from everything else I’d heard, it was as if they each created little universes of sound. Later I continued to be drawn to bands or artists who had a distinct voice – Tom Waits, for example.

P&P: What was the first concert you ever went to?

Sparks: My sister and I got dragged along to a James Taylor concert when we were very small – I remember hearing my parents talk with a guy in the row in front of us about giant pink rabbits that were props at a Jefferson Airplane concert. Even without knowing who Jefferson Airplane was, thinking “that sounds way more fun than this guy with a guitar.” I saw James Taylor play again when I was a bit older and I remember appreciating his sense of humor much more than when I was 7 or 8. Later, at 15 or 16 I went to a U2 concert with a bunch of friends. That would probably count as the first “big” concert I went to of my own volition. They put on an amazing show, and their music meant a lot to me at that point in my life. It was a unique experience because it was the first time I understood the way that spectacle could be used to enhance the musical experience, if done right. At the end of the concert, the audience was euphoric – Bono probably could have raised an army and taken over Miami had he wanted to.

P&P: What’s the worst job you’ve ever had?

Sparks: I’m tempted to say music! Ha. It’s both the toughest and most rewarding job imaginable. There are times when you end up broke, ripped off, sick, exhausted, half-blind from staring at a computer for hours on end booking shows, or struggling to stay awake on a 13-hour drive – sometimes even in physical danger on the road or coming home from a gig late at night – but the next day, you get up and do it all over again. You have to keep pushing forward. Its tough. That being said, it’s not the “worst” job I’ve ever had, just by far the hardest. And of course, the beautiful and amazing experiences that you have while touring or recording make up for the bad days. The real “worst” job would probably be a tie between this random secretary job I had when I first moved to Nashville – it was so boring I once fell asleep standing up – and teaching voice lessons to this cute little Russian girl here in Barcelona. The teaching part wasn’t the problem. The parents were nuts. They would burst into the lessons, screaming at each other, then screaming at the daughter and at me, because the mother wanted the girl to grow up to be a pop singer like Beyonce and “be rich and famous,” and the father was dead-set on the kid turning into an opera star. I don’t think the little girl even liked music at all. Quite a strange situation.

Sparks is just one of many ReverbNation artists who have been added to the pages of Pauseandplay.com through the two sites’ partnership over the past few months: 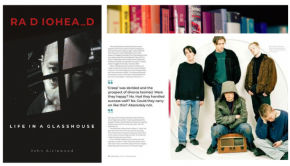 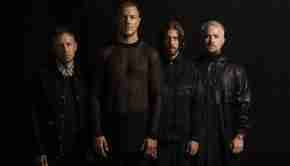