George Benson Never Gives Up on a Good Thing

Even in the late 1990s, George Benson still is breezin’ past conventionality, always looking for fresh, new ideas.

On his latest GRP album, “Standing Together” (released June 2), the Grammy-winning jazz guitar and vocal legend continues down his familiar soul-jazz path, but he also veers off to add Afro-Cuban rhythms on the lively track “Poquito Spanish, Poquito Funk.”

That he did the song purely on the fly makes it all the more impressive.

“It was an off-the-cuff kind of thing,” Benson said recently. “I only had three hours to record, I had to get out of town. I didn’t have a song; I had to write the song, then record it in those three hours and then make it interesting, like adding the little dialogue on the front.

“Most of the background is me, and then I think (producer Paul Brown) put in the girl to give it a little more fidelity. And there’s one part where she does a breakdown that’s real nice. Without going crazy, we just laid down a groove, one that you could just lay back and get into.”

All the elements – from improvised jazz to syncopated funk – led the album’s direction, Benson said. And his circle of young musicians kept the tone crisp and enjoyable.

That’s a far cry from the bland results from most acts labeled “smooth jazz” lately. Benson doesn’t even care much for the term.

“We’ve broken through those barriers, and we’re constantly moving. You can’t lock down life like that. People are creative just like their Creator; he’s given us some great boundaries and we can’t see the end of the boundaries yet. We’ve still got a long way to go.”

Benson is as big as they get in the jazz world. A former member of Jack McDuff’s band in the mid-1960s, the Pittsburgh native helped pioneer jazz fusion in the 1970s, going where few jazz musicians have gone: No. 1 on Billboard’s pop albums chart. His 1976 LP, “Breezin’,” featuring the sophisticated “This Masquerade,” has sold nearly 10 million copies.

More gold and platinum albums followed, such as “In Flight,” “Weekend in L.A.,” “Give Me the Night” and “20/20,” and Benson won over pop fans with “On Broadway,” “Give Me the Night,” “Turn Your Love Around” and the original “Greatest Love of All,” all silky vocal hits that established him as more than just an acclaimed jazz guitarist.

“This Masquerade” changed it all for him.

“I knew the song basically as an instrumental,” Benson said. “The chord changes of that song came from a song called ‘Angel Eyes,’ and a lot of jazz musicians had played it. That’s where (songwriter) Leon Russell got it from, but what he did was write a new melody over those changes. He gave it some ingenious lyrics; he did a great job on that song, very clever. That was the perfect song to do, even though I didn’t pick it. It was picked by my producer, Tommy LiPuma.

“With ‘Breezin’,’ we were the first (jazz act) to break the million mark. The first year we sold like 2.5 million or something, and now we’re approaching 10 million copies of that album. It’s very listenable, and I really enjoyed recording that album.”

As for jazz purists who don’t care for his lush soul-jazz fusion, “I can afford to lose them,” Benson said, with a laugh. “I’ll trade those 10 critics for 1 million real fans who come to the concerts and listen to our music with enthusiasm.

“I just ask the critics to let us be men and women of our time. We can’t live in Charlie Parker’s time. He’s gone. We can’t live in the ’40s and ’50s when jazz was at its apex; we can’t live that life anymore, it’s gone. What went with that life and that music was a lifestyle; we don’t live like that anymore. There’s no club thing anymore and people don’t openly smoke reefers in nightclubs anymore, or at least the ones I go to, anyway.”

BWF (before we forget): For more on George Benson, breeze onto the Web @ www.georgebenson.com. 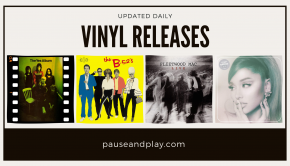 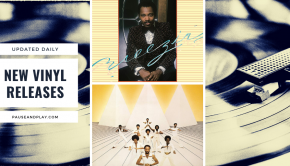 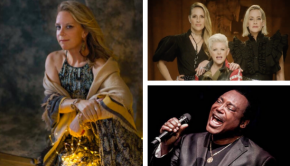