For your listening pleasure: The Darkness

ALBUM: “One Way Ticket to Hell … And Back”

PAUSE & PLAY: I just got off the Internet, reading reviews of this album. It’s either one or the way: People love it or hate it.

EDWARDS: “To some extent, I don’t think it’s a bad thing. I think it’s good to divide people like that.”

P&P: People compare you to Queen a lot, but even Queen had albums that people weren’t too thrilled with.

EDWARDS: “One of my favorite Queen albums is ‘Jazz,’ and that was certainly panned by the critics. In fact, throughout their career, they weren’t a critically acclaimed band until Freddie Mercury died, and then all of a sudden, everyone’s kissing their ass – ‘We always loved this band.’ Maybe it’ll take one of us to die before they appreciate us.”

P&P: For this album, you went straight to the source – Queen’s producer, Roy Thomas Baker.

EDWARDS: “To be honest, that doesn’t help with the Queen comparisons. But we didn’t go out looking for Roy; we didn’t set out to use Queen’s producer. There was a meeting with him, and the band got along really well with him. He wasn’t employed on the strength of his back catalog; everyone just loved him and got along well with him. In spite of making some of the best rock albums ever, in my opinion, he wouldn’t have produced the record if we didn’t get along with him.”

P&P: Did I read correctly somewhere that he tried to hold you guys back in the studio and that you guys wanted to go for broke?

EDWARDS: “Absolutely not. That’s complete poppycock. Anything that was suggested during the recording process was tried, and Roy has balls of steel in that respect. Even though he probably tried everything over his career, he would never turn around when something was suggested and say ‘That would never work.’ Absolutely everything was tried. If it worked, it worked; if it didn’t, it didn’t. That’s the beauty of it, that we had the time and the money to try all those things. He was completely fearless in that respect.”

P&P: Why am I reading this stuff (from other publications), are they making this shit up?

EDWARDS: “I have no idea. Some of the things you read from interviews we’ve done are just incredible. You may have said something, but there’s a falsehood put in where it shouldn’t be and all of a sudden it changes everything you said. Maybe you can get that rumor squashed immediately.”

P&P: I’ll do my best. … They have been comparing you to a lot of bands, but I don’t see what the problem is. All those bands being mentioned, they’re more popular now than they were 30 years ago.

EDWARDS: “I was saying something to someone earlier that it seems that people are only happy if they can compare you to someone. When a new band pops up, immediately they say, ‘Okay, who do they sound like?’ To be perfectly honest with you, if people want to compare us to Queen, who in my opinion were the greatest, fine – go ahead. There’s worse bands to be compared to.”

P&P: I just think it’s laziness on the writers’ part.

EDWARDS: “I think it is, too, yeah. It always seems to be Queen; they see a lot of AC/DC in what we do, but none of it is contrived; we don’t try to sound like anybody else. We don’t go through record collections and go, ‘That’s a great album. Let’s sound like them.’ It just happens because that’s what we’re influenced by.”

EDWARDS: “To be honest, anything post-1979, I don’t really listen to. But I think my favorite thing has been ‘American Idiot’ by Green Day. It’s fantastic that a band like that can record an album like that. They’ve developed so much during their career. The thing that really stands out about that album, you’ve got what essentially is a punk band spending so much time on the production. Even if you listen to that album on a shitty car radio, the guitars just leap out at you. It was so well made. They’re very brave in their approach – the ‘American Idiot’ single in particular. And I think live they’re fantastic as well.”

P&P: Did you perform at Live8?

EDWARDS: “We were actually out of the country. It was something we wanted to do, but with the scheduling and the fact that we were still recording the album, we weren’t able to give the time. It’s a shame, really, because it was a huge event.”

P&P: Before this interview, I was warned that you guys like to tweak journalists. I figure, if I can deal with Lou Reed, I can deal with you guys. He was the worst interview I ever had. But you’ve been quite nice.

EDWARDS: “We try to be accommodating. One of the things that’s really annoying is that there’s been so much stuff in the U.K. press that we said this about this band and we said this about that band and it’s complete and utter rubbish. You sit there for an hour with (a journalist) and there’ll be a small part of the interview where they ask you a question and you comment about a band and all of a sudden, that’s the whole interview. There’s some shocking stuff written about us talking about James Blunt. We’re on the same label, and he came to our launch party and we were all having a good laugh. It’s complete bullocks. It’s a shame, really, because people believe everything they read.” 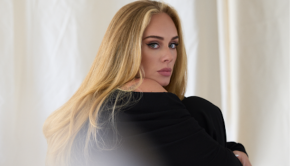