For NRBQ, the music is the message

There’s a reason for the N in NRBQ.

It stands for new.

“That’s what we’re all about,” says keyboardist Terry Adams, a founding member of the New Rhythm & Blues Quartet, known simply as NRBQ since its inception in Miami in 1967.

“We’ve never been a nostalgia band. We’ve always kept current. We’ve kept it new and now,” he says from his Vermont home. “It was never a study of past styles, although we did study it and love it.”

What’s new for NRBQ now is the just-released “Message For The Mess Age,” its first studio album in five years. Signed to Rhino’s fledgling Forward Records, NRBQ continues concocting a novel mixture of pop, jazz and country and stirring it around with humor.

NRBQ may not get radio air time – it’s had only one minor chart single, “Get That Gasoline Blues” in 1974 – and “Message For The Mess Age” may not win over a new corps of fans (even though cuts like “A Little Bit of Bad” and “Over Your Head” could make country listeners feel right at home), but few rock acts can match its fervent following. Nearly 200 gigs a year tell the tale.

“I’ve heard it said, and I really don’t want to be saying it myself, that wherever rock goes, we’ve been there and left,” Adams said of NRBQ’s longevity.

“Our band is always doing something that catches on later on. Somebody else gets the recognition and money with some version of it six to 10 years after we’ve done it. I’m not saying everything we touch is innovative or genius, but we’re always doing something new and I think that’s why we’ve been able to stay together.”

The other main ingredient to the band’s cohesiveness is a sense of humor, Adams says, “otherwise you should chalk it up.”

Adams and bassist Joey Spampinato are the only remaining original members, but the current lineup hasn’t changed in more than 20 years. Guitarist Al Anderson signed on in 1971, and drummer Tom Ardolino joined three years later.

The band formed as a quintet 27 years ago in Miami when Adams and fellow Kentucky native Steve Ferguson (the band’s first guitarist) somehow hooked up with New Yorker Spampinato, drummer Tom Staley and singer Frank Gadler.

“I think we knew somebody who knew somebody and that’s why we went down there,” Adams says laughing, admitting memories have faded over the years.

Spotted by blues singer Slim Harpo at a New Jersey club and then given a chance to play at the Scene in New York, NRBQ quickly became the “next big thing,” scoring with its self-titled debut Columbia album in ’69. They stood out like a sore thumb at the height of the psychedelic era.

“I like the ’60s as a time, but I’ll tell you, when everybody else was listening to Jimi Hendrix, we would be playing Slim Harpo or Sun Ra,” Adams says. “When we lived in Miami, it would be so hot that we wouldn’t go outside, but when the sun went down, we’d be out in the parking lot playing their stuff.”

What makes “Message For The Mess Age” stand out from all the albums in between, Adams says, is that it was a true collaboration.

“Joey and I co-wrote most of the material,” he says. “In all the years we’ve been together, I think we maybe co-wrote only two songs. It’s a whole new thing for us to be writing with someone you know so well and you don’t even know why you didn’t do it before. It’s working out really well, and I’m looking forward to doing more with him.”

BWF (before we forget): Adams had a cameo appearance in the Robert Altman film “Short Cuts.” … Spampinato is married to country singer Skeeter Davis (“The End of the World”). 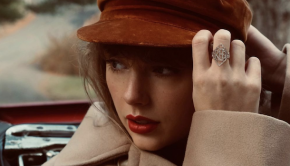