For Matchbox 20, the new year has a familiar ring to it

It’s funny, members of Matchbox 20 don’t feel like newcomers, and yet there they are, nominated for best new artist in the upcoming American Music Awards.

The Orlando rock quintet recorded its debut Lava/Atlantic album, “Yourself or Someone Like You,” in February 1996, and it was released nearly seven months later. Drummer Paul Doucette and his band mates have been veterans of the road ever since, circling the globe en route to slow-building Top 10 and multiplatinum status.

“All this is just getting too weird for me,” Doucette said recently. “It’s us, The Wallflowers, Jewel and Spice Girls. It’s like, ‘Oooh, we’re in good company.’ The Jewel record was released like three years ago; The Wallflowers and us were released two years ago, so in essence, I guess the Spice Girls are the only ones who could actually win.”

Doucette takes a peek at Matchbox 20’s 1998 tour itinerary, and it’s staggering. They’re back and forth across the states, Europe, Australia and Japan, with only a few days penciled in as “off” days, sometime in June.

“You can’t help but feel good that we’re doing well,” Doucette said. “That’s a great feeling knowing that they think people will be buying our record throughout ’98, but we’re a band and we write songs. We really, really want to go in and make another record.”

Mind you, Doucette isn’t complaining – There is the alternative: being another obscure bar band in Central Florida – but it would be nice for the hard-working, gritty rockers to get a break every now and then.

“Everyone has written songs individually,” he said, “but we haven’t had time to work on them together. There’s actually one that we added into the set, one of (guitarist) Kyle Cook’s songs. Luckily, we were working on it during sound checks for so long that we finally pieced it together.

“Because we’re going to be on the road for so long, if we were going to work on these songs now, they would be stale by the time we recorded them. They would be a year old. And you have too much time to overthink things. Like this record, all the songs were written six months before we recorded it, and ‘Long Day’ was actually written while we were in the studio. Everything was so fresh and so new that we felt that was the most comfortable way to do it for us, because we were really excited about every song.

Matchbox 20’s breakthrough in 1997 is more than slightly unusual. The album was released Oct. 1, 1996, but “Lava closed down like three days after our record came out,’ Doucette said, “so there was a long time between when they moved us over to Atlantic proper, as they call it, but no one knew who we were, so nobody really cared what our record did. It was just kind of sitting there.”

Undaunted, Doucette, Cook and singer Rob Thomas, rhythm guitarist Adam Gaynor and bassist Brian Yale played their tidy guitar pop in small bars and worked their way up by word of mouth. Wide radio airplay and MTV/VH1 airtime for such tracks as “Long Day,” “Push” and “3 am” boosted album sales.

By spring 1997, “Yourself or Someone Like You” was inching up Billboard’s album chart, eventually peaking at No. 5 over the summer. Audiences doubled with each repeat visit to U.S. cities. Then came the American Music Award nominations for best new artist and album of the year.

One of the ’97 highlights for Doucette was when they opened for the Rolling Stones in November.

“I wouldn’t say the actual playing part was amazing, because it was like doing a radio festival,” Doucette said. “We played at 4 o’clock in the afternoon; we had 4 feet of stage and no sound check, and half the people were there. But being a part of it took over for that. I talked to Charlie Watts for like 10 minutes; we talked about different drummers we’re both into, especially a guy named Jim Keltner, who played on their record.”

Has Doucette been able to enjoy Matchbox 20’s prosperity?

“Yeah, but it’s not like Rick James and having a party and inviting 300 of your closest friends to Bermuda,” he said. “We haven’t come anywhere near close to that success anyway. But, sitting here, I don’t worry about ordering room service. I’m not worrying about bills.

“Still, this has been the most outrageous year of my life. I can’t even absorb it.”

BWF (before we forget): In February 1998, Matchbox 20 attended the Grammy Awards in New York, where it was nominated for best rock vocal performance by a duo or group with vocal for the single “Push.” … The group was named best new band of 1997 in Rolling Stone magazine’s Readers Poll and best new rock band by Performance magazine. … Strike it up with Matchbox 20 on the Web @ www.atlantic-records.com or www.msopr.com. 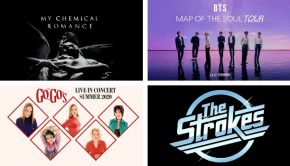 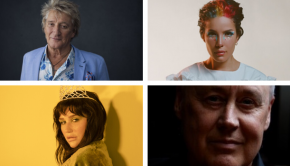