It’s just not the same anymore for Melissa Manchester; the music industry has changed too much.

More than 40 years ago, the Bronx-born singer studied songwriting under Paul Simon at New York University, was discovered by Barry Manilow and introduced to Bette Midler, who turned her into one of her Harlettes, her group of sultry backup singers.

By 1973, she released her debut album, “Home to Myself,” co-writing many of the songs with Carole Bayer Sager. She already had two albums under her belt by the time her breakthrough hit, “Midnight Blue,” went Top 10 in 1975.

Career highlights include Oscar nominations for two songs in the same year (1980) and a Grammy Award for Best Female Pop Vocal Performance, for 1982’s “You Should Hear How She Talks About You.” She’s also an honorary artist in residence at Citrus College (in Glendora, Calif.) and an adjunct professor at the USC Thornton School of Music.

Would she want to be a new artist today? Yes and no.

“The old record-label paradigm is gone,” she says from her Southern California home. “In the old days, you got discovered and a label signed you and they acted like a bank and you owed them money and even after you paid them back, they still owned your music.”

For “You Gotta Love the Life,” her first album in more than a decade (released in mid-February), she went the indie, do-it-yourself route.

“I just knew I didn’t want to sign with a big label again,” Manchester says. “When I started teaching at USC, I asked the students how they got their music out there and they said through crowdfunding. That was sure new to me.

“They walked me through it, we got it set up at indiegogo.com, and it was great getting their point of view. Citrus College has a studio, so I recorded it there and the students would come in and watch the whole process. It was invigorating.”

Her new album features several of her music friends in guest roles, including Stevie Wonder playing harmonica on “Your Love Is Where I Live,” plus Dionne Warwick, Al Jarreau, Dave Koz, Keb’ Mo’ and jazz pianist Joe Sample, in one of his final recordings before his death in September 2014.

A personal highlight was co-writing “Other End of the Phone” with the legendary Hal David.

“It turned out to be his last lyrics, about enduring friendships,” she says. (David died in 2012.) “It was such a pleasure to work someone like Hal, and I have such reverence for all these artists I worked with.”

Manchester is best known for her ballads, like “Midnight Blue,” “Don’t Cry Out Loud” and “Just You and I,” but it was her 1982 smash, “You Should Hear How She Talks About You,” that gave her a new audience.

1) “Midnight Blue” (1975) – “Carole Bayer Sager and I had been talking about working together and that song was the first one we worked on. There wasn’t any concerns about whether we were going to have a hit with it or not. It just happened naturally.”

2) “Whenever I Call You ‘Friend'” (1978) – “Most people probably don’t know I co-wrote that with Kenny Loggins. It’s funny, it seemed like he and I were always paired together to present a Grammy Award or American Music Award, so one day we were sitting in the green room waiting to go onstage for one of the award shows, and we got to talking about working together. We decided to meet somewhere the next day and we fashioned that song quickly. I also did a version of it for my own album (1979’s “Melissa Manchester”).”

3) “Don’t Cry Out Loud” (1979) – “Again, it was Carole Bayer Sager, this time with Peter Allen. When I first heard it, I thought it was a magnificent lullaby. It was a beautifully crafted song.”

4) “You Should Hear How She Talks About You” (1982) – “It was a huge departure for me, a new wave-kind of dance song. Arif Mardin, who was the most magnificent gentleman I’ve ever met, produced it and he convinced me to give it a try.”

She beat out performances by Laura Branigan, Juice Newton, Olivia Newton-John and Linda Ronstadt to win the Grammy in 1983.

“I was certainly surprised how it burned up the charts; it was a song that was so out of character for me. Suddenly, it made me the queen of aerobics.” 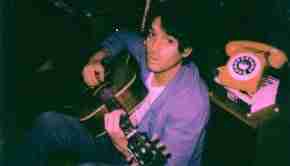 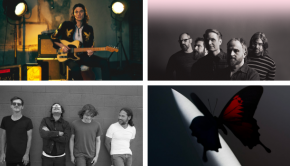 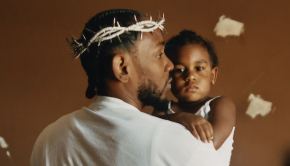