By his own estimation, Paich and his band mates have had a hand in about 200 Grammy-nominated songs – 40 of them coming in 1982-83 alone.

They backed Boz Scaggs on his 1976 breakthrough album, “Silk Degrees.” They were able to “Hold the Line” on their own, scoring a few million-selling albums before nearly losing their big-label contract. They went for broke with “Toto IV,” which sold more than 4 million copies and won a whopping six Grammy Awards.

Oh, and they played on Michael Jackson’s “Thriller,” the biggest-selling album of all time.

Though the hits have long dried up, Toto is still going strong today, touring currently with longtime friend Michael McDonald.

Paich, Toto’s keyboardist and prolific songwriter, weighs in on five songs in his brilliant career:

1) “Diamond Girl,” Seals & Crofts (1973) – “I was 18 years old. My father (composer-musician Marty Paich) was the musical director for Glen Campbell’s TV show, and he worked a lot of sessions with guitarist Louie Shelton, who produced Seals & Crofts. During the ‘Diamond Girl’ sessions, the keyboard player couldn’t make it, and Louie knew I was a player and he liked my stuff so he asked me if I could sit in. I was really nervous, but I psyched myself up. I thought, ‘I’m not 18, I’m not 18. I can do this.’ And I did it. That’s when I knew I would do this for a career.”

2) “Silk Degrees” (album), Boz Scaggs (1976) – “We owe everything to Boz. He believed in us as a unit. He gave us the musical freedom like you wouldn’t believe. For my own part, I was a co-writer on ‘What Can I Say,’ ‘Lowdown’ and ‘Lido Shuffle.’ It was a wonderful album, one of the all-time greats. At its peak, it was selling something like 90,000 albums a day. That’s how crazy it was.”

3) “Hold the Line,” Toto (1978) – “It was our first hit, and we were so excited to hear it on the radio. Me, Jeff and Steve Porcaro and Steve Lukather had come a long way from playing together in high school. I was playing the riff of that song on the piano for like 13 days straight and I’m sure I was driving everyone crazy. It was the first song we ever rehearsed, so it holds a special place in my heart.”

4) “Rosanna,” Toto (1982) – “This was really the result of our manager. Our previous two albums (‘Hydra’ and ‘Turn Back’) hadn’t done as well as our first album, ‘Toto,’ and he basically told us, ‘You have one more chance or the record company will drop you.’ So I decided I would throw everything I have into one song – the riffs, the hooks, the vampy style at the end, which was a tip of the hat to Little Feat. I had the song all written out, it was based on several girls I had known, but I needed a name for it. At the time, Steve Porcaro was dating Rosanna Arquette, and he suggested her name and it was perfect. She had charmed me, too.”

5) “Africa,” Toto (1982) – “Of everything on ‘Toto IV,’ that’s the last one we thought would be a hit. It was a romanticized song; I had never been to Africa, but I had imagined what it would be like, sort of like a Peace Corps worker going through life-changing events. Musically, it’s a very complex song; it took a long time to assemble it.” 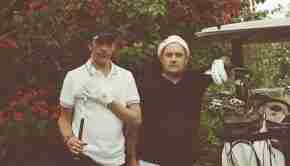