Fabulous Thunderbird wings it on his own

Kim Wilson, a self-described “road dog,” doesn’t mind living out of a suitcase, going from town to town. It’s being home that’s exhausting.

The phone rings off the hook when the Fabulous Thunderbirds lead singer-blues harp player walks through the door of his Austin, Texas, quarters.

“My guitar player just called and wants to come over and make some tapes,” Wilson said with a sigh. “I’ve got the infamous CD collection over here. I’ve got just about everything, everything you can imagine and then some, from blues to gospel.”

A few minutes into a deep discussion on his recently released second straightahead-blues solo album, “That’s Life” (dos/Antone’s), and there’s another call-waiting interruption.

“Jeez, I got my band calling me now,” Wilson said. “They want to come over and do their wash at my house. I gotta tell them they can’t do it because I’m leaving.

“Damn! One day off at home is crazy. I get so burned out just from being home. … Once you get on the road, stay on the road. Don’t come home, especially if you’ve got gigs in town. I’ve never been so tired in my life.”

Wilson feels much more at home (and at ease) playing the kind of traditional blues he grew up on and honed in person with legends like Muddy Waters, B.B. King and Buddy Guy. With compelling versions of “Time Is On My Side” and “I’ve Been Searchin’,” among others, “That’s Life” succeeds beyond his wildest dreams.

“My big thing is making no concessions whatsoever, musically, to sell records,” Wilson said. “I want the music to sell itself, and I want to do it in a traditional form, the purest form I can do it in.”

Is it a lost art?

“Yes, absolutely,” Wilson said. “I wouldn’t be so presumptuous to say that I’m the only one doing it now, but I’m one of the few.”

He lauds Eric Clapton for his no-compromise tribute to the blues on his “From the Cradle” album. Like Clapton, Wilson wants to leave his mark on the genre.

“I want to be one of those guys I grew up listening to all my life and the stuff I still listen to now,” he said. “That’s how I want to be looked at in the long run. I’m not saying I’m there right now, but I have a head start on it.

“Also leaving a legacy has a lot to do with it. I really don’t believe, until now, except for a few moments, that I’ve done anything that is really worth handing down to generations. I think I’m doing that now.”

When he’s not touring with his own band, Wilson’s with the T-Birds. He said the “Tuff Enuff” rock group likely will begin work in February on a new album for Private Music Records. 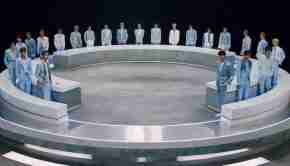