Unlike today, instrumentals were alive and well on AM and FM radio in 1973. That year, Billy Preston launched a “Space Race,” Focus did a little “Hocus Pocus” and Edgar Winter created a monster called “Frankenstein.”

All three were among the Grammy Award nominees for best pop instrumental. Winter didn’t win, but he jokingly wishes he had demanded a recount.

” ‘Hocus Pocus’ won,” Winter said recently from his home in Beverly Hills, Calif., “but I should have protested because it had yodeling in it, so technically it’s not an instrumental. But being a Southern gentleman, I let that sleeping dog lie.”

Winter did have the last laugh. Focus, a Dutch progressive-rock group, magically disappeared by the end of the 1970s, while Winter is still going strong today. The Texas-born singer-keyboardist-saxophonist is bringing the groundbreaking “Frankenstein” with him on the road, beginning May 4 in West Palm Beach – just three days before Epic/Legacy releases “The Best of Edgar Winter.”

Even after all these years, Winter remains the proud papa of “Frankenstein.”

“It was pre-fusion, pre-heavy metal,” he said. “It has a lot of those elements. I still love it; I play it at every show, and I’ve never gotten tired of it because it’s constantly changing. Now, it’s like a 25-minute opus; every tour we add another section to it.

“I’ll probably do a jazz version of it on my next album, but I don’t want to give too much of it away. The original is so heavy and powerful, so what I would do is just the opposite – a very cool, laid-back, sedate, sophisticated jazz version of it.”

Oddly enough, “Frankenstein” was never intended for his Rick Derringer-produced album “They Only Come Out At Night.” It was the B-side to the single “Hangin’ Around.” Radio programmers, knowing a hit when they heard one, flipped it over and helped send “Frankenstein” stomping to No. 1.

“Frankenstein” is actually the evil twin of “The Double Drum Song,” a track Winter had written years before when touring with his brother, bluesman Johnny Winter.

“Johnny would do the first half of the set with his blues trio and say ‘Now here’s my brother Edgar,’ ” Winter said. “I’d come out and play the Hammond B3 and alto sax and did a duel drum solo with his drummer.

“Then with the advent of the synthesizer, I was just browsing through a music store, looking at the keyboards. There was this Arp 2600, which had a separate keyboard connected to the brain and guts of the instrument with a cable. I picked it up and it was pretty light; you could just put a strap on this and play it like a guitar.

“Having that idea, being frustrated being stuck behind a bank of keyboards, I was looking for a song to showcase the sythnesizer, and I thought of the old ‘Double Drum Song.’ We started doing it live, and it was just a song we enjoyed playing. It was totally a jam, like 20-minute versions.”

“When we were editing it in the studio, back in those days when you edited something, you physically had to cut the tape and splice it back together, so it was all over the control room, draped over the backs of chairs and the couch,” Winter said. “We were making fun of it, trying to figure out how to put it back together, saying ‘Here’s the main body; the leg bone’s connected to the thigh bone … ‘ Then Chuck Ruff, my drummer, says, ‘Wow, man, it’s like Frankenstein.’ As soon as I heard that, I went, ‘Wow, that’s it!’ The monster was born.”

Winter had other hits before and after – notably “Free Ride” – but none came close to “Frankenstein.”

“The synthesizer at that time was such a bizarre instrument,” Winter said, “and I became sort of the mad scientist, as opposed to a lot of people who were using it to emulate the sounds of already existing instruments, like a grand piano. My attitude toward it was ‘Here’s a new instrument, let’s make some new sounds with it.’ I was a sci-fi nut, a Trekkie; I loved bizarre sounds and noises. So that song has been a playground for me for years. It gives me an opportunity to go exploring and have some fun.” 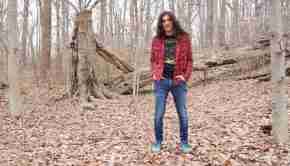 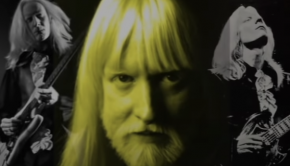