LeBon is simply beside himself.

“John left the group in January. It’s now down to Nick (Rhodes), Warren (Cuccurullo) and I, which makes the photographs easier, but I miss John very much,” LeBon said recently from his London home. “I miss his spirit and his personality, but he really wasn’t that happy.

“He was living in Los Angeles and the rest of us are in London, so it was really impossible. It just complicated his life too much, and he wanted to do stuff on his own. And I wish him the very best of luck.”

Fans shouldn’t read anything more into Taylor’s departure, LeBon said. They all remain the best of friends.

“I’m sure there are many diehard Duran Duran fans who are disappointed, because for so many, John was their favorite,” LeBon said. “We’re moving away from being that kind of band every day, really, and moving into the kind of band people like because of the music. Obviously, the personalities are very important, but not as much as the music you make.”

The music that Duran Duran is making now, even sans Taylor, rivals its best work in a 16-year career. The band’s ninth studio album, “Medazzaland” (Capitol, released Oct. 14), puts it back on the pop map two years after hitting a stumbling block with the poorly received “Thank You,” an album of cover versions.

LeBon said it was important for them to recapture the momentum they had in 1993 when the sparkling “Duran Duran” (the so-called “Wedding Album”) generated a pair of Top 10 singles (“Ordinary World” and “Come Undone”).

“We realized we had to make a very, very strong album after being away for such a long time,” LeBon said. “We just thought that ‘Thank You’ just didn’t achieve what we wanted to achieve. The band was rapidly sinking down the back of the sofa. And rather than make a half-hearted attempt to make one better than that, we needed to make the best album we’ve ever made, no matter how long it took.”

“Medazzaland,” featuring the absorbing first single, “Electric Barbarella,” is a concept album, sort of a running commentary on the band’s inception and the twists and turns that followed. “Be My Icon” and “Undergoing Treatment” are witty stabs at the price of fame, while the title track is a more of a personal trip LeBon experienced.

“I was at the dentist, having some surgery done,” LeBon said. “Instead of using a general anesthetic, they used a sedative called Medazzaline, which allows you to respond to the surgeon’s instructions.

“Later on, I saw Warren and he said, ‘Where’ve you been?’ and I couldn’t remember. It seems the drug blocks out three hours of your life and you forget everything. Warren said, ‘Man, you were in Medazzaland.’ If you actually read the lyrics closely, it’s about what it’s like to be in a dream world while you’re under an anesthetic, really.”

Duran Duran was the definitive synth-pop-dance band of the 1980s. In 1982, the classic “Hungry Like the Wolf” and the band members’ charisma and sexy persona took the MTV era to the next level. They outlasted all the new-wavers of the period, from Culture Club to Naked Eyes.

“We make good music, and we know we make good music, and we know we’re better off together than we are apart,” LeBon said. “Also, it’s really our first proper band, and we don’t want to drop that. We believe in the name, and we believe in ourselves as a group. It’s not like we’re trying to regain some past glory. We’re looking forward musically; we’re contemporary, and you can hear that in a song like ‘Electric Barbarella.’ It’s very modern.” 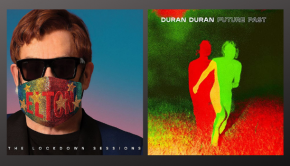 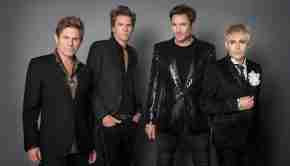 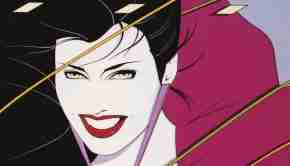 Your Music Book Store (May 4 and Beyond) →