He’s more than willing to tell the whole story, reciting the highs with the lows.

In early 1994, the quirky Winnipeg-based pop-rock group – with all of Roberts’ glorious wordplay and unmistakable baritone – was in peak form. “Mmm Mmm Mmm Mmm” (on Arista) was an unlikely international smash, reaching No. 2 in Britain and No. 4 in the United States. “God Shuffled His Feet,” the Jerry Harrison-produced album from which it came, sold more than 7 million copies (over 2 million in the U.S. alone).

Two years later, the follow-up album, “A Worm’s Life,” sold 1 million. For most bands, those are great numbers, but the label deemed it a failure.

” ‘He Liked to Feel It’ was the single off that album,” Roberts said recently, “but radio couldn’t seem to stomach a song about a kid having his teeth pulled out. And the video was even more graphic, and they wouldn’t play it … so that album went down the drain.”

“By that point, after four albums with BMG (internationally), I was getting sick and tired of the bullshit, to tell you the truth,” Roberts said. “Record companies utterly micromanage your every move, trying to dictate what kind of material for you to write. That’s not why I got into this. I’m in the business to write what I want to write. ‘I’m good, so leave me alone.’ “

After an amicable split with BMG, Roberts started his own tongue-in-cheek-named label: Cha-Ching Records. With his U.S. profile reduced to next to nothing, he released a live recording and accompanying video called “Crash Test Dude.”

“It was just me traveling around redneck bars in Canada and recording shows and doing jokes between tunes,” he said. “It was me doing Crash Test Dummies songs and covers – everything from Britney Spears to Tom Jones. It was a pretty eclectic set.”

Then came a horrifying crash for the Crash Test dude. While in Nova Scotia to record his next album, “I Don’t Care That You Don’t Mind” (released by V2), he bought an old Cadillac for 2,000 Canadian dollars.

“I’m not a very good driver to begin with,” he said. “I hadn’t driven in a long time. I was on one of these long, winding back roads and I took a corner too fast and I flipped the fuckin’ car right over. I looked down and my left arm was dangling in an unnatural position and it was broken. I had cuts all over my face; the car was upside down.”

He kicked open the window and got himself halfway out of the car before he got stuck. With no one around for miles, the situation looked bleak.

“But lo and behold, a guardian angel appeared,” Roberts said. “He was the only guy for a hundred miles, and it turns out he’s a medic. He happens to hear a very soft noise off in the distance above his TV. It went like ‘Ssshep,’ and that was my car flipping about a mile or so away. He heard it and said to himself, ‘I’m going to check that out.’

“He gets there, pulls me the rest of the way out of the car and then the car – ‘Dukes of Hazzard’-like – blows up and burns to nothing but a shard of lead. It was unbelievable. It sounds like a made-up story, but those old Cadillacs had big gas tanks and they’re just waiting to go off. They didn’t have a lot of the safety features cars have now.”

Roberts thanked his guardian angel in the liner notes of “I Dont’ Care That You Don’t Mind” and sent him a bottle of rum.

To this day, people ask Roberts if he was changed by his near-death experience. His answer is as refreshingly honest as his songs: “I look at the whole thing as … I was a dumb ass who was going too fast around a corner. It could happen to anybody. I got out of it alive and I’m lucky, but I don’t think there’s any fate or destiny or anything. I was just a dumb ass.”

The Crash Test dude is back, his sense of humor intact and sounding thoroughly funky and modern on his sixth album, “Puss ‘N’ Boots” (released Oct. 21 on Cha-Ching/Hunter). With the help of Roberts’ brother Dan (bass), Stuart Cameron (guitar), Ellen Reid (backup vocals), Ethan Eubanks (drums) and Chris Brown (organ), an urban groove is apparent on such tracks as “It’s a Shame,” “I’m the Man (That You Are Not),” “If You Wanna Know” and “Flying Feeling.”

Roberts collaborated with Cameron, who produced the album and wrote the music. During and after touring with “I Don’t Care That You Don’t Mind,” the two had worked on 35 to 40 songs and then picked their favorites before going into the studio.

“Having said that, once the writing process began again, my immediate physical surroundings had a lot to do with the way the record turned out,” Roberts said. “I live in SoHo (in New York City) and frankly it’s crawling with stupidly beautiful women. Every day, me and Stuart would go for coffee and you’re in a sea of babe-itude – models in high boots everywhere. It was kind of hard to take. We’d get all sexually frustrated and go upstairs and take it out on a song.

“The record turned out to be sexy and polished. You know, fuck-me music.”

Roberts is realistic. He knows his days of selling millions are over.

“All I have to do is sell 20,000 copies and I’ve made my investment back. After that, it’s all gravy. But at this point, I think the record industry is so fucked, I’ll never have a hit again,” he said, laughing.

“I don’t have to tell you this, but the stuff on radio is just abominable. We’re going through a really, really bad phase; the pendelum’s got to swing the other way. But right now, it’s fuckin’ Britney Spears, Christina Aguilera and ‘American Idol’ people – fabricated stars. I want nothing to do with that entire scene.”

“It was recorded in a church and it has a pipe organ,” Roberts said. “It’s really dark, brooding and melancholy. I love it.” 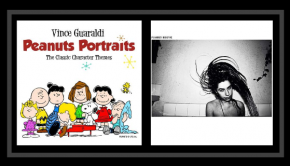