For the swamp-blues/rock pianist-singer, getting up shortly before 1:30 p.m. is a personal feat. He yawns between sips of coffee, trying his best to remain alert.

“You’ll have to pardon me,” he said in his trademark New Orleans drawl recently from his New York apartment, “I’ve never been exactly a day person.”

Any time is the right time for the flashy showman, especially now that he has finally summed up his nearly 40-year career with his first live album. The rollicking “Trippin’ Live,” recorded at the late Ronnie Scott’s club in London, is set for a July 29 release on Surefire Records/Wind-up Entertainment.

The 11-track collection features Dr. John’s signature songs, “Right Place Wrong Time” and the standout “Such a Night,” plus remakes of such classics as “Tipitina,” “My Buddy” and “Goodnight Irene.”

“I’ve been trying to do a live album for years,” Rebennack said. “There are a couple of bootlegs out there of some shows, so I thought it was time for me to do one. On a live album, you can’t get any closer than this to what you do every night in a gig, more than on a regular record.

“You’re playing a song once for the crowd and it’s not like you’re setting up a recording studio kind of maneuver. This is the real thing.”

Recorded during a weeklong stint at Scott’s club in January 1996, “Trippin’ Live” marks the end of the road for Rebennack’s eight-member band of veteran sidemen led by alto tenor saxophonist Alvin “Red” Tyler.

“I got into some financial trouble,” Rebennack said, “and bringing all these fellows along just took me way over the edge financially. Actually, it was Red’s idea. He said, ‘You better cut your losses.’ So, there’s no more horns, I’m just going out there with the rhythm section from now on.”

Rebennack has three Grammy Awards to his credit, beginning in 1989 for his duet with Rickie Lee Jones on “Makin’ Whoopee!” His “Goin’ Back to New Orleans” album also was honored, as was his contribution to the Stevie Ray Vaughan tribute album. Though fans associate Rebennack with his native New Orleans, his Grammys sit at home in New York.

“It doesn’t do any good to get nostalgic,” he said, “but I do feel bad that the whole music strip has shut down. Now the young guys coming up don’t have a place to play. It’s sad. It doesn’t sit right with me that they don’t have a music strip for local people.

“There’s lots of towns like this now, like Houston and Chicago. They all had music strips, but now it’s just pockets of music clubs. There’s nowhere you can walk from one music place to another. We probably play about 300 dates a year, and about 200 of them are one-nighters. It’s not like we can play one club for a few nights like we used to. You can do that only in two or three places a year, at the most.”

Rebennack does find comfort knowing that young artists such as Beck, who sampled Dr. John’s “I Walk on Guilded Splinters” on “Loser,” appreciate his music.

“I’ve gotten all kinds of mail, artists sending me demo tapes and asking if they can sample something,” he said. “It’s funny sometimes what people do with samples. I don’t remember the name of the group, but one of them sampled ‘Right Place.’ They took these two drum parts and played them backward to the way the groove falls. It was so hip. It’s creative to me.”

Rebennack returns to the studio this fall to record a full-length album, presumably overseen by longtime producer Allen Toussaint.

“It’s been a pleasure to work with him, ever since the ’50s,” Rebennack said. “He never changes. He’s always been a personable man. Not only is he a professional cat, he’s a great songwriter, a great producer.

“From day one, even when he was young and didn’t know what he was doing, he was a real natural. He always did something different with arrangements. He’s very special.”

BWF (before we forget): “Trippin’ Live” was nominated for best contemporary blues album in the 40th annual Grammy Awards. 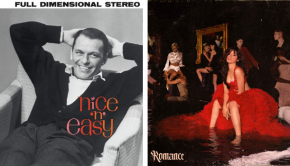