Celebrating the life and music of David Bowie (1947-2016), here’s a selection of vital Bowie studio, live and compilation albums:

The debut album from the then-20-year-old Bowie was released on June 1, 1967, the same date as the Beatles’ “Sgt. Pepper’s Lonely Hearts Club Band.”

Highlights: “Love You till Tuesday,” “Rubber Band,” “Join the Gang”

It was released as “Man of Words/Man of Music” in the U.S. and then reissued in 1972 by RCA Records as “Space Oddity.”

His third album was his first foray into a harder rock sound.

Highlights: “The Man Who Sold the World,” “She Shook Me Cold,” “All the Madmen”

His first album for RCA is largely regarded as one of his best, hailed for its wide range of styles.

A loose concept album about his alter ego, Ziggy Stardust, an androgynous rock star sent as a messenger from another planet. This album, too, is considered one of his best.

Bowie himself described this album as “Ziggy goes to America,” because most of the songs were observations he composed on the road during his 1972 U.S. tour.

Covers of 1960s British classics. Bowie reportedly had planned to do a similar album of American covers, but never got around to it.

Thematically, this glam classic was heavily influenced by George Orwell’s “1984.”

Recorded in July at the Tower Theater in the Philadelphia suburb of Upper Darby during the first leg of his Diamond Dogs Tour. His band included Earl Slick (guitar), Michael Kamen (keyboards) and David Sanborn (alto sax and flute).

A departure from his glam-rock persona, this LP showcased his love for R&B music. Bowie called it his “plastic soul” album. Guests included John Lennon (who co-wrote and sang on “Fame”), a young Luther Vandross and Fanny’s Jean Millington. “Fame” became his first U.S. No. 1 and the biggest hit of his career.

Enter his new persona, the Thin White Duke, with a slight shift toward synthesizers. The album’s signature song, “Golden Years,” would be Bowie’s last Top 10 hit until 1983’s “Let’s Dance.”

The first in his trilogy of albums he recorded after moving to West Berlin and began collaborating with Brian Eno and Tony Visconti.

Highlights: “Heroes,” “Beauty and the Beast,” “Joe the Lion”

His second live album was recorded during his Isolar II world tour, with performances captured in Philadelphia, Boston and Providence.

The last of his Berlin Trilogy was recorded in Switzerland and New York and, though not a big commercial success, it is considered one of his more underrated albums.

This was his final album for RCA, and his critics often proclaim it as his “last great album.”

This 10-song collection is a collector’s item – very hard to come by these days; it did not do as well as “Changesonebowie,” and it only made a brief appearance on CD in 1985 and was reissued by Rykodisc in 1990 but is no longer commercially available.

The biggest selling album of his career (more than 10 million copies worldwide) yielded three big hits – his second No. 1, “Let’s Dance,” plus “China Girl” and “Modern Love.” Bowie went with Chic’s Nile Rodgers for a more commercial sound, instead of using Tony Visconti (who wouldn’t work with him again for another 20 years).

Ziggy Stardust and the Spiders From Mars: The Motion Picture Soundtrack (RCA, 1983)

Filmed by D.A. Pennebaker and recorded at the Hammersmith Odeon in London in July 1973 but not released by RCA until 1983.

Though commercially successful, his 16th studio LP was poorly received by critics and even Bowie later admitted he was not satisfied with the album. (“Blue Jean” would be his last Top 10 as a solo artist; his last Top 10 was his 1985 duet with Mick Jagger on “Dancing in the Street.”)

Labyrinth: From the Original Soundtrack of the Jim Henson Film (1986)

Bowie starred in this adventure musical dark fantasy film as the Jareth the Goblin King, the ruler of the Goblins. He recorded five songs for the movie: “Underground”, “Magic Dance,” “Chilly Down,” “As the World Falls Down” and “Within You,” and Trevor Jones did the score.

Bowie got the final two Top 40 hits of his career off this album, which critics again panned. The harsh reception prompted Bowie to form the heavier Tin Machine in 1989.

Highlights: “Day-In Day-Out,” “Never Let Me Down,” “Time Will Crawl”

Bowie went for a harder sound with his new group, which featured Reeves Gabrels (guitar) and Hunt Sales (drums) and Tony Fox Sales (bass), the sons of comedian Soupy Sales.

Highlights: “Under the God,” “Tin Machine,” “Prisoner of Love”

Bowie won the rights to his pre-1983 recordings and hooked up with Boston-based upstart Rykodisc to reissue his albums on CD. The campaign began with this four-disc box set (which included a CD-Video/CD-ROM); it sold more than 200,000 copies (unheard of for box sets at the time). In 1990, it won a Grammy Award for Best Album Package. In 2014, Parlophone repackaged and remastered “Sound + Vision”; the 70-song set included singles, B-sides, album cuts, demos, live recordings and rarities spanning 1969-1997.

Taking advantage of the phenomenal sales of “Sound + Vision,” Rykodisc pared down the hits collection to 18 songs, and it went platinum in the U.S.

EMI dropped them on the eve of this release, and in the U.S., the album cover was airbrushed to remove the genitalia of the Kouroi statues. Critics were not kind to the final Tin Machine album, but over the years it has developed a following. In Uncut magazine’s 2010 list of 50 Great Lost Albums (albums not officially on sale at the time), “II” was No. 50.

Highlights: “Baby Universal,” “If There Is Something,” “You Belong in Rock ‘n’ Roll”

For his first solo album of the 1990s, the newly married Bowie turned again to Nile Rodgers for production help, this time – in Bowie’s words – looking “to see if we could establish a new kind of melodic form of house.” Many critics hailed it as a good start to the next phase of his career.

On his 20th album, Bowie went in more of an electronica direction, influenced by the drum and bass culture of the 1990s. He recorded the album entirely digitally.

This album, his last for Virgin, broke new ground: It was the first by a major artist to be available as a download before the physical release two weeks later.

For the first time since “Scary Monsters,” Bowie turned to Visconti for his 22nd album. Although much of it was recorded before 9/11, the angst in his lyrics were foreboding.

Highlights: “Slow Burn,” “Everyone Says ‘Hi’,” “I’ve Been Waiting for You”

The 20-track set covers songs from 1969 to 2002, including “Under Pressure” with Queen, “Dancing in the Street” and “This Is Not America” with the Pat Metheny Group.

Critics were warming up to Bowie again, with some calling it his best album since “Scary Monsters.”

“Santa Monica ’72,” originally taken from a KMET-FM broadcast during the Ziggy Stardust Tour, was a bootleg favorite for more than 20 years. This was the first official release of that album, which featured the brilliant guitar work of Mick Ronson.

The ever-charming Bowie appeared on the show on Aug. 23, 1999, just before the release of “hours …” Between songs, he spinned tales of Iggy Pop, the Mannish Boys and creating songs.

His first album of new material in 10 years shocked fans who thought he had retired after a heart scare in 2004. Tony Visconti told the BBC that they had been working in secret on the album for two years. The album debuted at No. 1 in the U.K. and reached No. 2 in the U.S. – his best chart performance since “Let’s Dance.”

The three-CD best-of, spanning his entire career, included a new song, “Sue (Or in a Season of Crime),” and also featured songs from his unreleased album “Toy” (recorded in 2001).

The 12-disc box set includes all of his albums from that period, plus “Live Santa Monica ’72” and “Re:Call 1,” a compilation of non-album singles and B-sides.

Pronounced “Blackstar,” his 25th album was released on Jan. 8, to coincide with his 69th birthday. Two days later, fans woke up to hear the horrible news: Bowie had died of liver cancer overnight. Visconti described the album as Bowie’s intended swan song and a “parting gift” for his fans. The song “Lazarus,” released on his birthday, opens with the lyrics: “Look up here, I’m in Heaven!” The album debuted at No. 1 in the U.K. and U.S. and several other countries.

The 12-disc box set included “The Gouster,” an unreleased album that eventually became “Young Americans,” as well as “Re:Call 2,” a compilation of non-album singles and B-sides.

The two-CD set contains his most recognizable hits, plus “Where Are We Now?” and two songs from “★.”

The four-song EP was released on what would have been Bowie’s 70th birthday. It compiled songs he had written for the Broadway musical “Lazarus.”

Recorded on March 23, 1976, during his Isolar Tour, supporting the album “Station to Station.” 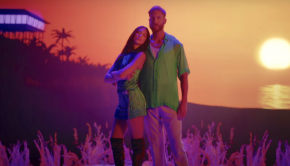 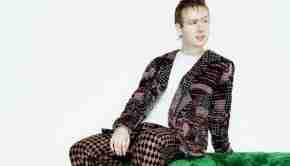 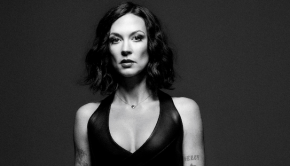