Dar Williams can’t wait for the ‘End of the Summer’

Are they out there? They sure are, in full force.

E-mail is pouring in to the Dar-List, the message group formed for fans of folk-pop singer-songwriter Dar Williams. They are mobilizing quickly, flooding radio stations with requests to play tracks off her third Razor & Tie album, “End of the Summer” (released July 15).

Poring over her tour itinerary, they offer tips on how to survive daylong festivals in the summer heat. They discuss the album’s lyrical twists and turns; some wonder if Williams’ newfound mainstream pop appeal will taint her folk roots, while others embrace her musical exploration and growth.

Williams’ manager, Charlie Hunter, even pays a visit, thanking everyone for their steadfast support.

Though her parents are frequent readers of the Dar-List, Williams shies away from the adulation and respectful scrutiny. Otherwise, she says, it would drive her crazy.

“There’s no way,” she said recently with a hearty laugh from her home in Northampton, Mass. “It’s not healthy. I couldn’t possibly begin to read all that.”

One Dar-List newcomer, after hearing Williams’ first single “Are You Out There” on WBOS in Boston, tells the group that he is equally disappointed and pleased with the song, Williams’ paean to small radio stations.

“My disappointment: It sounds very produced,” he writes. “Pleasure: still very poignant and thought-provoking lyrics. … Anyway, it seems to me Dar is moving into the production trend that Shawn Colvin did after ‘Steady On,’ which is both good and bad IMHO. Good in that it will sell more records and get her introduced to more people; bad for fans of her simple acoustic music.”

“His response sounds very evenhanded and kind,” she said. “I guess the thing that was exciting to me is that I really feel we stumbled into this production thing by accident, as opposed to by design, so I’m feeling like we had integrity.

“I listen to folk music – I listen to Bill Morrissey, John Gorka, Patty Larkin and a bunch of others – but I also listen to the kind of continuation of folk-rock – Leonard Cohen, Joan Baez, Paul Simon. A lot of these people went for more production value without diluting their message at all. And I also listen to late-night rock ‘n’ roll when I’m coming back from gigs, and somehow that got in my head and I really think it influenced the songs that I wrote.”

Williams said she knew what she was getting into when she added a full band and backup singers (including a chorus of Razor & Tie employees) to the fold, even at the risk of perhaps alienating her core fans.

“This was the muse,” she said. “This wasn’t a marketing decision. I mean, if you’re going to write a song called ‘Teenagers, Kick Our Butts,’ it’s going to sound funny without drums on it. Or ‘Party Generation,’ about a guy who wants to live in a beer commercial. Do you want to do that with no drums? I don’t think so. So, I think it was very intelligently produced.”

Williams’ fans, for the most part, would love for her popularity to soar – her first two albums, “The Honesty Room” and “Mortal City,” sold a combined 120,000 copies and “End of the Summer” is likely to top that and then some – but they want her to be theirs and remain true to her introspective self.

“A real tension exists between these two desires,” she said. “Charlie (Hunter) has told the people on the Dar-List that the way we’re doing Dar’s career, she’s not going to be on the cover of Rolling Stone but she will have an ever-expanding career, an indestructible career, an artist-growth-oriented career.

“Charlie told me somebody wrote back to him, ‘Yeah, but let’s see if you can get her on ‘Letterman.’ I got a kick out of that.” 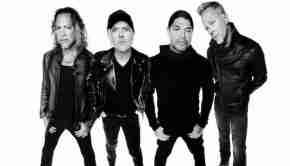 Your Music Book Store (Sept. 5 and Beyond) →