Cleveland rocks, and so does Ian Hunter

Though Ian Hunter prefers to live life in the here and now, not in what was or what could have been, he can’t help but think wistfully of his late, great friend Mick Ronson.

“Life is before and after Mick, I’m afraid,” Hunter said recently of his former Mott the Hoople band mate and longtime collaborator who died of cancer on April 29, 1993.

“He was daft in some ways, brilliant in other ways,” he said. “He just always surprised you, which you need in a friend. You don’t want to get bored with your friends. Our kids grew up together. It was a disaster, that one.

“He was extremely underrated. We never had the marketing power or management, so he got kind of got lost in the shuffle. There’s nobody like him at his best. He was doing really well up until his death. He had gotten a solo deal with Epic and he was working with Morrissey. It was such a tragic way to go, just when he was on the upswing. He was making a lot of money for the first time ever.”

When Ronson died, Hunter says he stopped mourning, just as others began. He was just happy his friend was free from all the pain.

“The disease is in his family,” he said. “He wasn’t the greatest person in the world for salad and going to bed early, so that didn’t help. Still, his dad I think was 64 when he died of it; Mick was only 45. He rang me up two years before when he learned he had it and he knew it was incurable, so there was this two years of insane optimism that every family has to undergo when somebody’s like this.

“The two years prior were the worst; it was like a series of treatments, chemo and radiation, but he was also doing a lot of holistic stuff. We just kept on hoping that something would work, and with that disease sometimes it’ll just stop and it would give you this hope that maybe one of these things had worked. But then after a couple of weeks, all of a sudden it would kick back in. The only way I can describe it is like he was let out of a condemned cell and then you’re led back into it. Imagine that for a nightmare. This is something we could do without; the sooner they find a cure for it, the better.”

Most people who discover they have cancer would bow and let it take them over, Hunter says, but Ronson was on his feet working two days before he died, refusing to give in.

Still, Hunter calls Ronson “a bugger,” amusingly recalling how Ronson hated to sing when the pair joined forces on many tours after breaking away from Mott the Hoople in 1974.

“You couldn’t get him to sing; he hated it,” Hunter says. “His fans would be like, ‘Let him sing more,’ and everybody thought it was my fault, like I wasn’t letting him sing or something. The trouble was, he didn’t like listening to his amp through the monitors at the front. He only wanted to listen to his amp through the amp, which is difficult because the mike was like 30 yards from his amp. The best you could hope for was maybe one or two songs the last few years, because he just wouldn’t do it. He preferred playing the guitar.”

Some of the best Hunter-Ronson moments are included on the two-disc compilation, “Once Bitten Twice Shy: The Best of Ian Hunter” (Columbia/Legacy), released July 25. Among the 38 tracks are “Women’s Intuition,” off the only Hunter-Ronson album (1990’s “Y U I ORTA”) and “Michael Picasso,” a live track recorded at a Ronson memorial concert in London in 1994.

The two discs, broken into “Rockers” and “Ballads,” also contain 12 cuts previously unavailable in the United States, including Hunter’s pairing with Def Leppard on a cover of Mott’s 1972 breakthrough hit, “All the Young Dudes.” It was captured live at the Sullivan County (N.Y.) State Fair in 1996.

Hunter says he’s too busy piecing together a stateside-based band and recording his forthcoming “Worm’s Eye View” album (scheduled for a March release on an undetermined label) to wax poetically about his career.

Hunter, though, relishes the daily exposure (and the royalty checks) he gets from “The Drew Carey Show.” Hunter loves the Presidents of the United States of America’s version of “Cleveland Rocks,” off his “You’re Never Alone With a Schizophrenic” album, calling the theme song “no-nonsense.”

“When we first came here in the early ’70s, nobody really picked up on us, until we got to Cleveland and Memphis,” Hunter says. “They loved Mott the Hoople long before anybody else. At the same time, Cleveland seemed to be the butt of every comedian’s joke, you know ‘the armpit of America.’ I thought, ‘Wait a minute, this place seems to be happening to me.’ It’s a vibrant place.

“Nobody knew about Mott the Hoople or Bowie in the early days; nobody else knew about Roxy Music, but they picked up on it in Cleveland long before everyone else. That’s why I wrote it. Ohio’s a great state. It was a deprived state like Michigan was; the rougher the area, the better rock ‘n’ roll survived.

“I’ve lived in towns that looked disgusting, but there was a great spirit within the town. Like in Northampton in England; my son says, ‘How could you live there? It’s a dump.’ But it’s a great dump. It’s the same with Cleveland; I’ve never lived there, but I just know there was a spark when we went there in the early ’70s.”

Hunter, who lives in Connecticut with his family, vows to tour the states next year for the first time since 1989.

“I’ll tour next year because now I can tour,” he says. “The problem with not touring before was because I couldn’t find a band that I liked. Now I’ve found a pool of musicians that I can draw from.

“I have a band in England; I’ve toured there every year since ’97, and that’s going along really nicely. But I can’t afford to bring the whole band over here and shove them in hotels.” 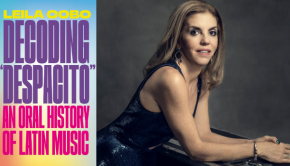 Your Music Book Store (March 2 and Beyond) → 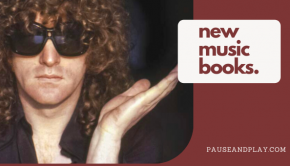