Cheap Trick Wants You to Want Them Again

Cheap Trick drummer Bun E. Carlos was convinced his friends back home in Rockford, Ill., would never believe the hysteria the rockers encountered during their first tour of Japan in 1978, so he gathered some conclusive evidence.

With a small tape recorder in hand, Carlos captured the deafening noise reverberating throughout Tokyo’s Budokan Hall as band members walked from their dressing room to the stage.

That, it turned out, was only the beginning.

Cheap Trick‘s first releases – its self-titled debut, “In Color” and “Heaven Tonight” – were hot sellers in Japan but largely ignored in the United States. Hence, the reason for the tour.

“But we really didn’t know how big we were in Japan,” Carlos said recently. “We had heard we had sold some records there. At that time, in America, the first album had sold about 40,000, then ‘In Color’ came out and sold maybe 150,000 records. We were on our way up, but we were still starving and losing money. We were even sharing rooms, which we look back now and can’t believe when we went to Japan that we didn’t say ‘Give us single rooms!’

“At the end of two weeks, it was nice to go home and get away from it, because we couldn’t leave our rooms. We couldn’t look out the windows because the fans might back up into the street and get hit by a car. We couldn’t go anywhere, and we really didn’t know about Japan. We didn’t know about Japanese food or going to Roppongi (the nightclub district) or any of that stuff, so we sat in our rooms and ate bad room-service burgers.”

To thank Japanese fans for their support, Cheap Trick recorded a live album,“Cheap Trick at Budokan,” over the course of two nights in late April 1978. It was your basic straight-ahead, no-thrills live rock album – nothing more, nothing less. But this was no ordinary live album. Soon, imported copies were snapped up in U.S. stores, and the band’s label – Epic Records – couldn’t keep up with the demand for the earlier albums. It only snowballed from there.

To mark the 20th anniversary of the concerts, Epic/Legacy released “Cheap Trick at Budokan: The Complete Concert” on April 28. The two-CD set tears the roof off the sucker with the original set order, adding nine newly mixed tracks and Carlos’ taped entrance, and a CD-ROM featuring Budokan performances and band interviews.

Even today, Carlos said he and his band mates – singer Robin Zander, guitarist Rick Nielsen and bassist Tom Petersson – are baffled by the “Budokan” hubbub.

” ‘Heaven Tonight’ was bubbling under,” Carlos said, “and it had sold a few hundred thousand. It still wasn’t a hit, and we didn’t have a hit single. By January ’79, ‘Dream Police’ was in the can, and we had delivered ‘Budokan.’ (Epic) wanted a double album and we gave them a single album; we really didn’t have the time to put a double together.

“The whole idea was we had a European tour scheduled, about a 60- or 70-day tour. The record company thought, ‘We’ll put this out and it’ll sell about 200,000 or 300,000 copies, and when you guys get home in March or April, we’ll put ‘Dream Police’ out and we’ll get rolling here.’ They put ‘Budokan’ out, and of course, it took off. It stopped ‘Dream Police’ from coming out and it was kind of a weird time for the band. Everything got wild.”

To say the least.

Exactly one year after the Tokyo shows, “Cheap Trick at Budokan” was released stateside, eventually selling more than 5 million copies and generating a pair of hits, “I Want You to Want Me” (which went Top 10) and “Ain’t That a Shame.”

The transformation from Midwest bar band to stadium rockers was swift and stunning, Carlos said.

“At that point,” he said, “the money was coming in and we went from being broke and almost out of business, three-quarters of $1 million in the hole, to 55 days later, they’re telling us, ‘You guys better buy houses or you’re gonna get killed on your taxes.’ It literally happened overnight. It turned everything into a frenzy.

” ‘Budokan’ didn’t really hurt ‘Dream Police,’ but (Epic) could’ve handled it better. ‘Budokan’ was still selling 50,000 copies a week when they put ‘Dream Police’ out, and it kind of cut ‘Budokan’ off, more than anything. They probably could’ve waited a little longer, maybe put out another single from ‘Budokan.’ “

By the end of 1979, the band was “pretty toasty” from endless touring, Carlos said. Petersson, weary from playing the same songs every night, left in 1980 to form a group with his wife, Dagmar.

“(The fast success) left a little damage in its wake,” Carlos said, “but you can’t complain about it. It was our biggest album. I’m not going to pretend I’m sorry it happened.

“Tom rejoined (in 1988), and then the vice president at Epic told us he had these two songs and they’re both gonna be No. 1. He goes, ‘We got one for you and one for the group Chicago, but you can have first choice.’ He said, ‘I think the one ‘The Flame’ would be good for you guys.’ The other one was ‘Look Away,’ and it sounded like some girl singing on the demo. We really didn’t like that song anyway, so ‘Sure, we’ll do ‘The Flame.’ We’re game.’ “

Just when Cheap Trick thought it had peaked with “Budokan,” “The Flame” topped Billboard’s pop chart in 1988 and the LP“Lap of Luxury” broke a spell of poor-selling albums throughout the 1980s.

Cheap Trick is enjoying its revisit with the “Budokan” shows, Carlos said, and has even performed the entire set during recent shows in New York, Los Angeles, San Francisco and Chicago.

The group’s first three albums will be reissued Aug. 4, also with bonus tracks.

Cheap Trick’s last studio album, its self-titled debut on Red Ant in 1997, was a favorite among critics but failed commercially. Red Ant went through some financial turmoil last year and, before signing a distribution deal with Mercury, it essentially let Cheap Trick become a free agent.

“We have some (studio) time booked in June with Steve Albini in Chicago,” Carlos said, “and we’re planning after we do our little summer tour on doing more in the fall. What we do with Albini, I have no idea. We’ll either release it or shop it, and in the fall, we’ll add to it or do something new.

“The best part is that we’ve hung around long enough to get to this point and hopefully influence other bands.” 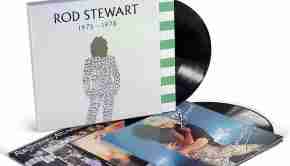 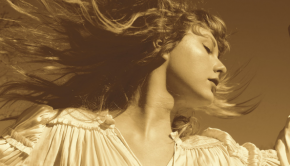 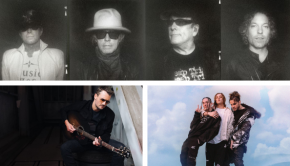