Buddy Guy is at the top of his game

Buddy Guy hasn’t gotten his hands on a copy of MCA’s remarkable “Blues Classics” box set, but already he likes what he hears.

The guitar legend’s first single for Chess Records, “First Time I Met the Blues” (from 1960), is included in the 72-track set, and it’s in some weighty company.

The list of names scattered over the three discs is staggering.

“They shouldn’t mention me in the same breath as those people because those shoes will never be filled,” Guy said during a recent tour stop on the 31-city House of Blues Barnburner tour, in which he shares the stage with Joe Cocker, the Fabulous Thunderbirds, the Radiators and the Gales Brothers.

“I was fortunate enough that the good Lord figured out a way to get me in there with those people,” Guy said. “Most of those people asked me to play with them, and it was an incredible honor. To be in that company, it’s just like a kid being taken to a major-league baseball game and saying, ‘Go out there and be the bat boy,’ and you get to be among your idols.

“Those people have been my idols.”

Today, nearly 40 years since he arrived in Chicago from his native Louisiana, the 60-year-old Guy is the one being idolized. He helped spearhead a blues revival in 1991 with his Silvertone album, “Damn Right, I’ve Got the Blues,” followed by “Feels Like Rain” and “Slippin’ In” – each winning a Grammy Award. And it continues with his latest album, “Live! The Real Deal,” backed by G.E. Smith and his Saturday Night Live Band.

Hard to believe a scant six years ago Guy was considered the world’s greatest unsigned guitarist.

“Someone asked me, ‘How could you stick with the blues so long and not have a record contract for almost 15 years?’ ” he said. “We played the blues for the love of music, not the love of money. That played a very important part in me not quitting, even though I was being ignored by the labels and radio.

“A lot of great guys I know did quit and they looked at me and said, ‘You’re a fool. Where are you going? Nobody is listening to you. Your name isn’t being printed in the papers. No record company wants you.’

“I would look back at them and smile, ‘I don’t have that much sense to quit.’ “

Even with the praise heaped upon him, Guy always goes back to where it all started, with the pioneers who paved the way for him and others like him.

“Every time I’ve won a Grammy and all the other awards I’ve gotten, I feel like they’re the ones who should have gotten them,” he said. “That’s the only thing that hurts me today, that those people who invented it never got any recognition.

“Muddy won a few Grammys, but Howlin’ Wolf, Sonny Boy Williamson, Little Walter, T-Bone Walker, Lightnin’ Hopkins, they just played the music for the fun of it. They did go and dig up Robert Johnson’s music 40 years after his death and sold a platinum album with it. That should have woken up all the radio stations, but of course, it didn’t. They’re still playing our music at like 2 in the morning.”

When was the first time Guy met the blues? He says he got a taste of it long before his parents finally got electricity and could afford a radio. He would strip screen wire from his mother’s windows and try to make guitar strings out of them.

“Of course, the mosquitoes would get through the holes I made in the windows,” he said, laughing, “and they were so big they could lift you out of the room. I was making guitar strings out of everything – lighter fluid cans, rubber bands, everything I could stretch tight enough to make a sound out of it and pick at it with my fingers.”

He got his first “real guitar” after a stranger walked by his sister’s house and heard the heartfelt wails coming from those fingers.

“I was sitting on the porch with this raggedy guitar and he said, ‘Son, if you had a real guitar, you could learn how to play real well,’ ” Guy said. “He told me, ‘Be sitting here tomorrow evening,’ and he came back and had bought me a $52 Harmony. And the rest is history, as they say.”

Guy developed into a hugely influential blues performer, and he thanks the “good Lord” again.

“He puts us all here for a reason and He blessed me with the talent I have,” he said. “I was born with the blues and I’d rather fight than switch.” 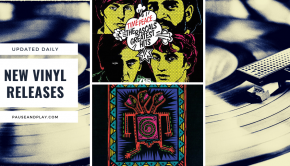 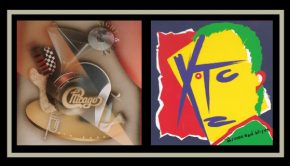