Bruce Cockburn Stays Up with ‘The Charity of Night’

Life is at just the right pace for Bruce Cockburn: slow and unencumbered.

He can get on his bicycle and ride through the streets of Toronto on an Indian summer day and go about his errands without any interference from starstruck fans. They respect his distance, and he appreciates their empathy for his privacy.

Not that he’s unapproachable … he’s just a man with a lot on his mind.

On his vibrant new album, “The Charity of Night,” the 23rd of his career and his first for Rykodisc in the United States, the Ottawa-born singer-songwriter revisits war-torn Mozambique, a poor but genial country that has touched his heart.

An eloquent champion of human rights, Cockburn laments the disregard for life in the track “The Mines of Mozambique.”

“It’s a part of the landscape that’s inescapable when you’re there,” he said recently of his fact-finding mission in 1995 on the post-war problem of landmines. “It was a country at peace when I went there, but the effects of war were everywhere. Landmines are almost like an evil spiritual part of the landscape, like some kind of mythical ogre that’s under your bed when you’re a kid and you’re afraid to step down onto the floor at night.

“People just simply walking or driving down the road and who have to take a leak, they have to think before they make any moves. They have to remember to leak on the road and not wander off into the bushes or they might be killed by a landmine. And the children can’t be children and venture off to play. The landmines are everywhere.”

Cockburn, who is among other things the honorary chairman of Friends of the Earth, is pushing for governments to ban landmines, or what he calls “the plague of the 20th century.”

“What’s even worse about all this is that charity organizations can’t do any work there to help the people,” he said. “How can you establish a health program when you’re spending all your money on fake limbs for people who have been maimed by these things?”

Cockburn knows of what he speaks: He has been committed to social issues throughout his career, particularly after he visited refugee camps in war-ravaged Central America in the early 1980s. There, he got the inspiration for one of his most recognizable songs, “If I Had a Rocket Launcher.”

He has been with True North Records in Canada since his debut album 27 years ago, but his association with Rykodisc on “The Charity of Night” is new after a stint with Columbia. Rykodisc is supporting Cockburn’s movement to ban landmines by donating $5 for every spin on the radio of the first single, the moving “Night Train.”

After 23 albums, Cockburn says, it’s hard to be objective about where “The Charity of Night” stands among them. Rest assured, it is one of his best. His band includes bassist Rob Wasserman, drummer Gary Craig and vibraphonist Gary Burton, and guests include Bonnie Raitt, Bob Weir, Maria Muldaur, Patti Larkin, Ani DiFranco and Jonatha Brooke.

Despite the lyrical content, the songs are neither somber nor preachy. They are often thoughtful and infectious, with Cockburn examining the emotional turmoil of a world gone awry like few others can.

“There was a certain ease about this album,” he said. “On some albums, like the last one (‘Dart to the Heart’), you’re sometimes fighting off what should happen naturally and not forcing it. Other albums, sometimes it unfolds, like this one. Perhaps that says something about the album.

“It’s still very much me. The musical elements and the mix may be different, but the result is very similar. By the time it’s finished, it all works out for the best.” 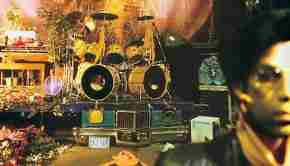