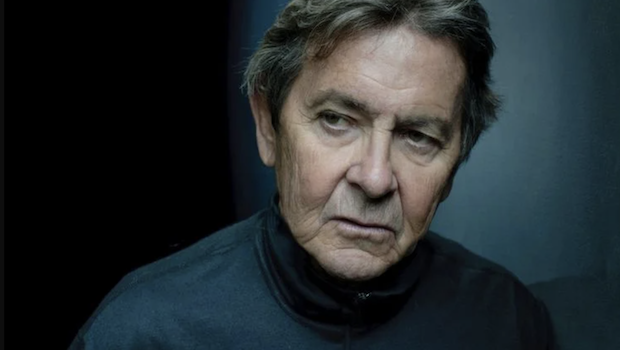 The Diesel Motor Records album, released Oct. 15 in Europe, is available in the United States at Amazon.com and other online stores.

“It wasn’t shaped to be a release,” Neuwirth said recently. “I was talking about these two Cuban bands I had heard and someone overheard me in a restaurant and said I should meet this woman who’s doing a cultural exchange program with Cuban musicians.

“It was just a bunch of fortuitous coincidences. She said, ‘I’m going to Havana, why don’t you give me a couple of records and I’ll take them down there?’ She heard these records and said, ‘You should meet José Maria, he’s more of your generation.’ His son, being a professor, translated the words to the songs and I got an email back saying ‘Let’s meet’ when José Maria came to Massachusetts.”

When the two met backstage at a performance, they both started laughing, “which is always a good sign,” Neuwirth says. It was then that Vitier, whose score for the Cuban film “Fresa y Chocolata (Strawberries and Chocolate)” was nominated for an Oscar, suggested they work together.

“I was blown away,” Neuwirth said, “because by then I had been made aware of ‘Missa Cubana,’ the Cuban masses he wrote for the pope’s visit (to Cuba in 1998). I was also further made aware of the fact that he wasn’t just a jazz player, he was a composer. He had done all these ballet and film scores.

“I thought, ‘Why not?’ I’ll take a tape recorder with me, we’ll sit around the kitchen table, tap on some bongos and sing ‘Guantanamera.’ When I got down there (to Cuba), to his house out in the country, I was playing some songs for him. He said, ‘You know, Bob, you don’t play the sounds the same way twice.’ I said, ‘Yeah, that’s sort of where I come from, get up on the stage and do whatever happens.’ He kind of looked at me with a semi-sad look and said, ‘We have much work to do.’ Whereupon, he proceeded to whip my ass into shape. He is a task master, and he wrote everything down. As I’d be singing a song, he’d be arranging it and writing all the notes out.”

The nine tracks on “Havana Midnight,” particularly “Dead Man’s Clothes” and “Havana Farewell,” have an alluring melancholy about them.

The cultural exchange proved to be a career experience for Neuwirth, and that says a lot, considering his background. He has worked with k.d. lang, Robert Earl Keen and Peter Case and produced albums for T-Bone Burnett and Vince Bell. He emerged from the Cambridge, Mass., folk-blues scene in the 1960s, eventually working with Bob Dylan, and with his art background, he helped film the Monterey and Toronto pop festivals with D.A. Pennebaker. He also toured with Kris Kristofferson, taught Kristofferson’s “Me and Bobby McGee” to good friend Janis Joplin and co-wrote “Mercedes Benz” with her.

“I loved Janis, she was like my sister, in many ways,” Neuwirth said. “I don’t think she realized her potential. I think it was a big mistake what happened to her; I don’t think she was of that frame of mind (to kill herself) and do it on purpose. I knew she had been clean and would flirt with (drugs) again. Everyone thinks they’re handsome and bulletproof when they’re on a winning thing.

“Her record (‘Pearl’) wasn’t finished yet, and she really wanted to finish it. They had to make that record out of work vocals. And that’s how ‘Mercedes Benz’ ended up on there, because they needed more material to fill it out.

“I think if she was around today, she wouldn’t be out there making a fool of herself. She’d be out there commanding respect. She’d be a wonderful singer by now and a really, really good writer by now. I think she’d be writing stuff that’d scare little girls.”

BWF (before we forget): For more on Bob Neuwirth on the Web, visit www.bobneuwirth.com.